Al Zanders aka Alex Buchan has been turning heads for the last couple of years.

Hailing from London, Alex moved up north for university and immediately got involved in the Sheffield scene. Running parties and playing records as a resident at Banana Hill, Alex has begun producing his own tracks and is quickly building up a great discography. His releases continue to get dancefloors grooving all over with his most recent release coming out on his very own label, A-Z Records. Since releasing a great remix of Oliver Sain back in 2014, Al Zanders is maintaining a steady output of joyful noise and was named one of Stamp The Wax’s Ones To Watch for 2016.

One of our writers, Tom Lye, caught up with Alex to get the lowdown on a few things. Tom knew Alex from his time growing up and partying in Sheffield, with the younger promoters building a strong community in Sheffield. As a former resident at Banana Hill and with records out on Stamp Records, Banoffee Pies Records, Karakul and now A-Z Records, we thought it was about time to chat with the man himself.

Here is Melodic Distraction in conversation with Al Zanders:

T: Great man, I’m sat here listening to your new release on A-Z Records. I’ve been rinsing the Hot Diamond Aces remix! Can you tell me a bit about the new label? Why you set it up and how you’ve found organising a new label?

AZ: I’ve just got my hands on the release too, and it’s a special feeling playing it on vinyl.

One of the perks of starting a label is that you have greater control over your releases and see more of the profit. I was also struggling to think of anyone that would release the Hot Diamond Aces remix, and seeing as we were all based in Sheffield, starting a label there seemed most appealing. I had little idea what I was doing initially, but I knew that Chris Duckenfield had distributed some of my previous records, and was also based in Sheffield. 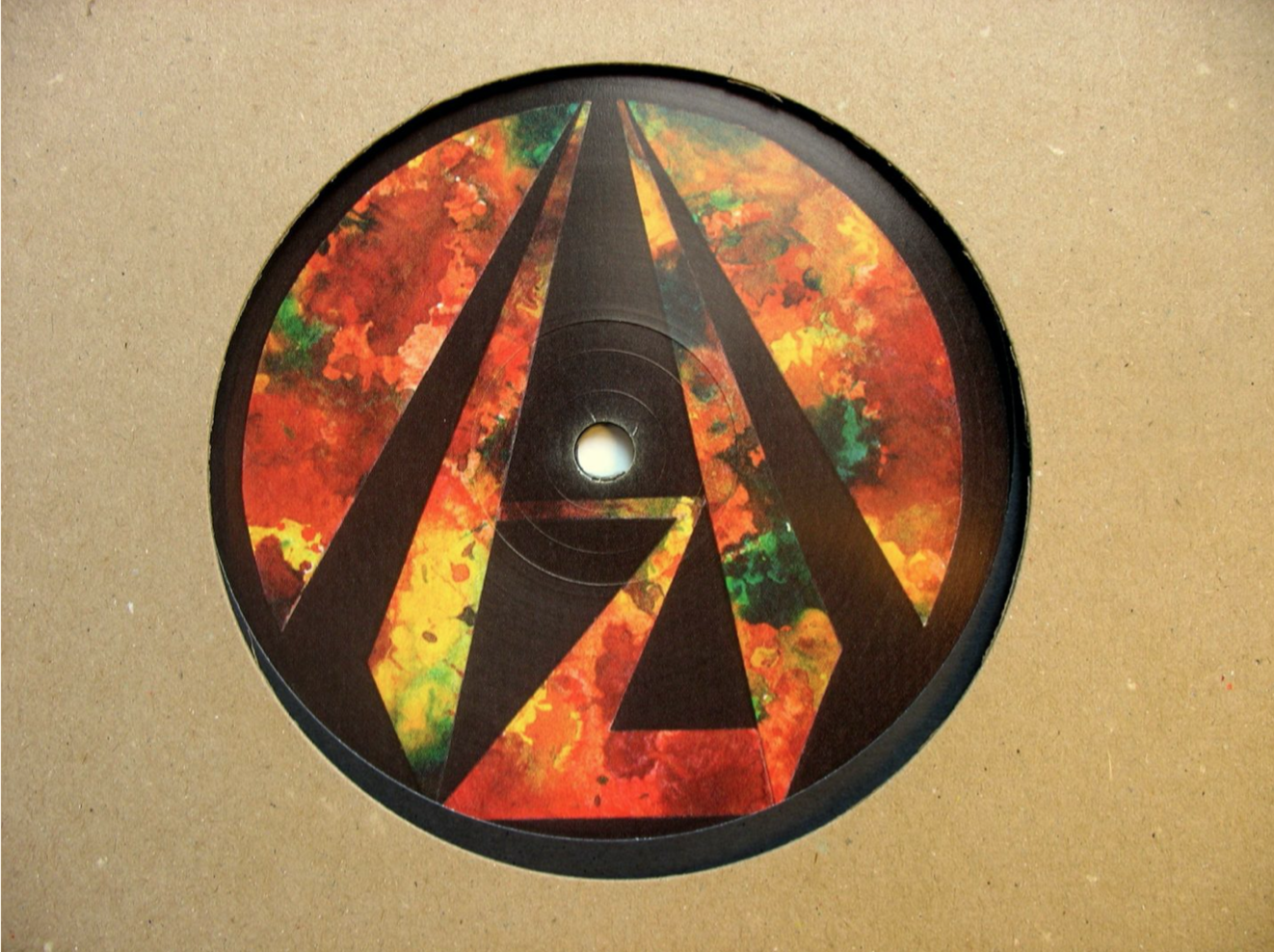 After a meeting at Hope Works and a couple of visits to the pub, he’s helped me start it up and learn about the business. I’m lucky to have his expertise, he’s a lovely guy and has helped with the organisation immensly. The artwork was also done by a Sheffield artist, Liz Von Graevenitz, so there’s a nice sense of community about this first release!

T: I feel that must be what is most appealing about setting up a label. In the same way that running a night builds up a community of people, running a label with people who are all local and interested in various aspects of the creative process must be extremely rewarding. Speaking of Sheffield, has the city shaped your influences or sound in any way?

AZ: I’d say so. There’s a huge musical heritage there, ranging from Richard Hawley to Warp Records, but for me the club nights had the biggest impact on me. When I was a resident for Banana Hill I’d meet promoters, friends, bands, and fellow DJs who got me into all sorts of different music, which I would sample and mix with.

The free raves in the Peak District and Hope Works were a lot of fun too, they definitely captured my imagination and got me further drawn into house music. Also, I was a songwriter/ in bands for a period of time there, and I think that definitely infuenced my productions. They’re all quite melodic and most have a kind of verse/ chorus structure to them. I find it difficult to make tracks with simple, minimal structures like a lot of the city’s techno producers. 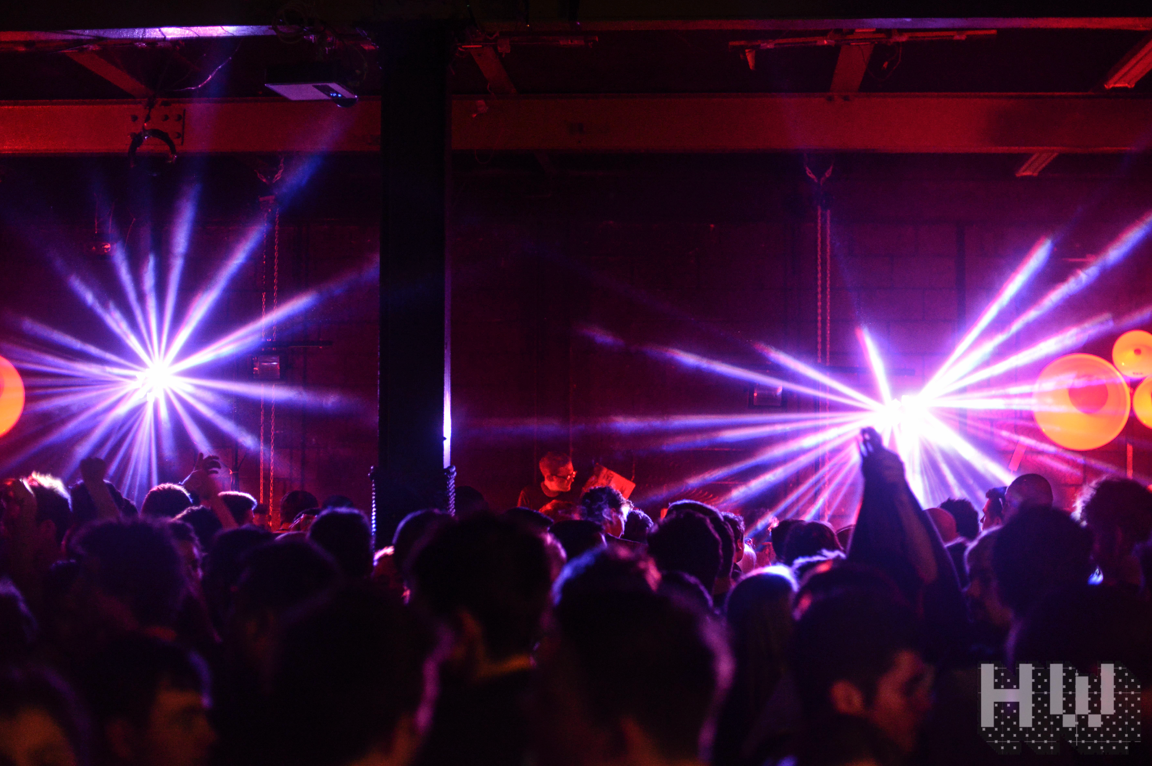 T: So you’ve been interested in music of some sort for quite a while then?

I was speaking to a friend the other day about how I felt some aspects of dance music production was reverting back to live production (or reproduction). There’s been a rise in DJ’s and/or producers doing live sets or even playing out with a band over the past couple of years. Seeing the Sound City lineup here in Liverpool really showed that, with Henrik Schwarz, Floating Points and Ame all doing live sets. Also, this weekend at Gottwood seeing the Max Graef Band really highlighted how much he enjoyed playing in a band whilst still having a very fluid danceable set without pauses.

How did the change from making music in a band to producing for yourself come about and, added to that, if you don’t mind me asking,  how do you approach producing now?

AZ: Yeah definitely. I’ve played different instruments in bands since I was a teenager, and experimented with ambient and electronic music too. Its only recently I’ve started releasing music.

As for the second question, mainly because I was struggling to stay in bands. One person would leave, then it would take ages to find a replacement, no one could meet at the same time… that’s why I decided to do music on my own. DJing was something I stumbled into really. I enjoy the independence of it, and that I only need to rely on myself to keep it going.

I approach every song differently, sometimes starting with the drums or a hook. Often I’ll work on a track for hours and only get one good idea out of it, then I’ll use that on something different. Whatever works!

T: You just keep making nice music and I’ll keep listening to it. Now the common place question, what are your plans for the future? Are we gonna see you in Liverpool soon?

AZ: Hard to say. There’s the temptation to release an album or double EP, but I don’t want it to be forced, or just for the sake of it. For now I think I’ll push A-Z as far as I can, challenge myself musically and buy some more records. I’m playing Dimensions Festival and Tramlines which should be fun, and Boogaloo in Liverpool some time in October!

T: You can never have enough records! Well, I’ll try catch you at Dimensions and Tramlines for sure. No doubt in Liverpool as well, Boogaloo are a great bunch of guys. Looking forward to it!

Right then, what’s one record you can’t stop playing at the moment?

AZ: Me too man. Tough question, my friend Samir showed me this recently and I’ve had it in my head ever since!

T: Nice, Samir often comes out with interesting selections at his Thrillhouse nights. You two just played together at Gottwood right? Our residents Nick and Nathan played on the Sunday. How did you find the festival? We really enjoyed ourselves.
AZ: Yes at Ruffy’s Lab! It was really fun playing with him there, as well as solo at the Treehouse stage. A great festival too, not too big or cramped and the music was fantastic all weekend. Ruf Dug playing for Rhythm Section was a highlight. He played lots of trippy psychadelic rock music. Hope to play there again next year.

T: For sure! I reckon we’ll wrap it up there man. It’s been a pleasure, as always, chatting with you and I’ll probably catch you at Tramlines, if not before. Just to finish, what’s your favourite food at the moment.

AZ: Snickers Ice Cream.
So there we have it. You can buy the new record here!