In May, we sat down with David Burch, head man at Ad Hoc Records. Chatting to him, it was clear that the vision he held for his Manchester-based label was spiritedly poised around a sense of local pride; entrusting in the power of a community-focused approach to releasing music.

A four-track EP, Ad Hoc 001 included cuts from North-Western heads Cervo, Yadava, Chambers and RGB. The release traversed jazz, house, afro-rhythms and so much more; achieving a globally conscious sound that lovingly remained entrenched in Manchester’s forward-thinking underground musical milieu. The release was a fitting introduction to a scene that has blossomed from Manchester’s ever-emboldened small and medium club culture. Parties such as So Flute, Banana Hill and the legendary Hoya:Hoya (RIP) have carefully curated residencies around producer-come-DJs who have been subsequently afforded the opportunity to play out their own material to dedicated and discerning dancefloors.

It seems fitting then that David first heard of his latest signing, Taurtollo, at a party. As the Nottingham-born, Manchester-based producer, keyboardist and beatmaker tells us: “I first met David at record shop in-store. There were a few people on the line-up and he mentioned that he’d seen me play out a few times; he’d checked out a couple songs that I’d put up on Soundcloud and the conversations just flew from there!” While it was David’s original ambition to release the Taurtollo music he’d already heard, the producer insisted that David wait until he had made something original for the label. As Dave says: “I’m glad I waited, because I think the EP is something special!”

With elements of electronic production, live music and field recordings; as well as globally-reaching influences from Southern Asian melodies and instrumentation, Ad Hoc 002, entitled Bounded Palm certainly makes for an absorbingly expansive listen. The abundance of differing textures, rhythms and directions the EP offers its listener renders no two tracks the same whilst still existing within one well constructed package. The EP’s opener: ‘Om’s Mehndi,’ is a perfect example of the musical diversity behind this release. From the start, loose tabla-style rhythms build and grow until they are tied together by a more resolute kick. Keys, horns and infectiously-funky synths dance over the top of these foundations in a track that is as global as it is dancefloor-ready. ‘Palm,’ the second track on the release cools things off with fluttering synths and off-kilter live drum work. As it ebbs and flows, the song is sure never to settle into one groove for too long, keeping the listening experience alert in preparation for the final track of the EP. ‘Kingsdown Lounge,’ offers a complete departure from the two previous tracks. Soft, angelic melodies and vocals float over of tight drums and ease a listener into a state of comfort. When the track crescendos, it does so only modestly and with reservation – this one could close out a party just as perfectly as it would suit a Monday morning mixtape! 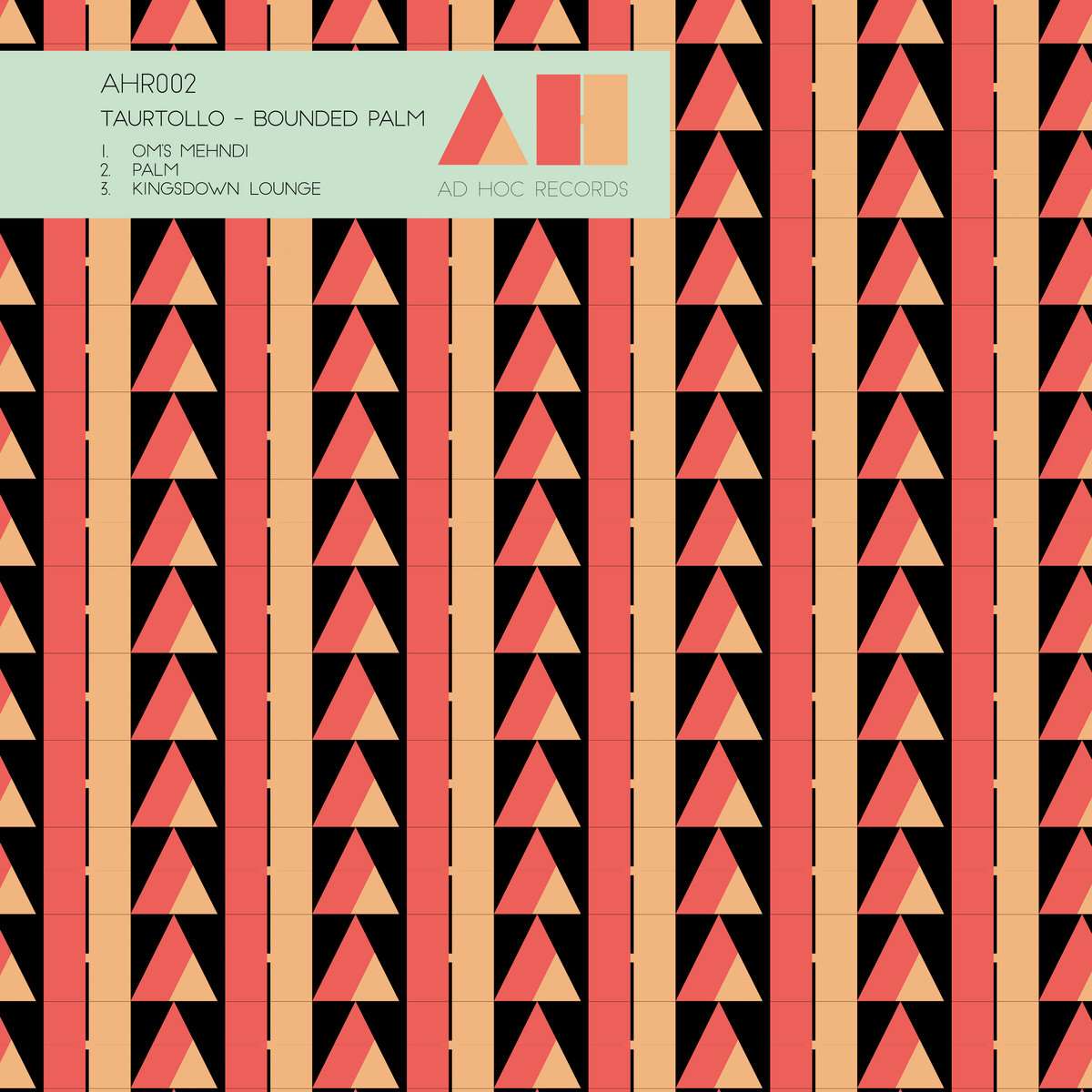 With a dedication to live instrumentation, Bounded Palm is undoubtedly characterised by a broad pallet of sounds: Chatting to Taurtollo, he tells us: “A few years ago now I was helping a few bands who studied at RNCM with their projects; this included recording things like drums, bass and more live instruments. I made friends with a few people and they used to come round for jam sessions; that’s how these songs were born really! There’s definitely been more people involved than when I usually make music. I used to have that one man, one laptop sort of approach.”

There’s no doubt of a recent renaissance in the use of live instrumentation in electronic music, with the likes of Lobster Theremin, Blip Discs, Rhythm Section, YAM and Brownswood all releasing records steeped in organic drum work and recorded session musicians: “It’s kind of that jazzier tip isn’t it,” Taurtollo muses, “I saw Yussef Kamaal a few years back now as part of a Bonobo ‘Outlier’ event. At the time, there were only around 20 or 30 people at that gig but I think watching them grow so rapidly really inspired quite a few producers to start thinking outside the box. You don’t just need to make house or use Detroit sounding chords when it’s possible to have just as much fun getting live musicians involved. Getting more people on board just creates a different type of energy in the music making process.”

With South Asian melodies, instruments and samples featuring heavily across Bounded Palm, the EP is undoubtedly the work of a crate digger and someone who is in tune with a global music culture far beyond Westernised song structure: “I’ve never really sought after a particular sound.” Taurtollo tells us: “I’ve never wanted to aspire to reach the heights of any artists – I’ve just made music I enjoy making. When I was growing up, I loved hearing different types of South Asian music in Bollywood, Hindi and Urdu films. More than anything, I liked that they weren’t in English. It’s the same as when I was a teenager and first heard Cumbia…I can remember thinking: ‘Shit, this is incredible!’ You don’t necessarily always have to understand the words to a song, I’ve always enjoyed how melodies and composition differ across the world.”

The EP also holds true when it comes to personal recordings of family and friends. As Taurtollo recalls, the first track, ‘Om’s Mehndi,’ contains audio clips from a close friend’s wedding: “Mehndi, is actually an event before a wedding. I can remember being sat around my friend’s lounge with his family, all having a bit of a sing-song. I decided to  take out my iPhone and sample little snippets – These are the voices I ended up using that in the song.” With a dedication to session recordings and a warm approach to field recordings, Bounded Palm achieves in inviting the listener into the world of the producer; his motivations, his musical tastes and his vision are all on display.

Released on 4th September, the EP will come accompanied by a music video for the closing track, ‘Kingsdown Lounge.’ Documenting a journey Taurtollo took to Pakistan, the video depicts a wholly-grounded perspective of the country: “ I didn’t really know whether I was ever going to use the footage or not. There were some moments over the last few years, not necessarily when I was trying to make the EP, that I kept on thinking back to this footage and thinking of how I could meld the composition of my music to this video. I struggled with that process because I kept on thinking about the footage and not the music – so just left it, for like a year, a year and a half. Then, I just made this EP. The footage was there, the song was kind of done. They just seemed to fit in together perfectly in the end.”