As I prepare for my chat with AbuQadim Haqq, I can’t deny that I’m a little bit nervous. Where do you start with Detroit’s number one ambassador of art for world-renowned techno music artists? Responsible for many Underground Resistance and Metroplex releases, plus of course Drexciya’s album covers and original artwork, Abu is also the founder of Third Earth Visual. Serving the techno music community through Techno Visual Art since 1989, it’s no surprise that AbuQadim has been asked to be a mentor for a brand new project launched by Brighter Sound: ‘From The Depths’. 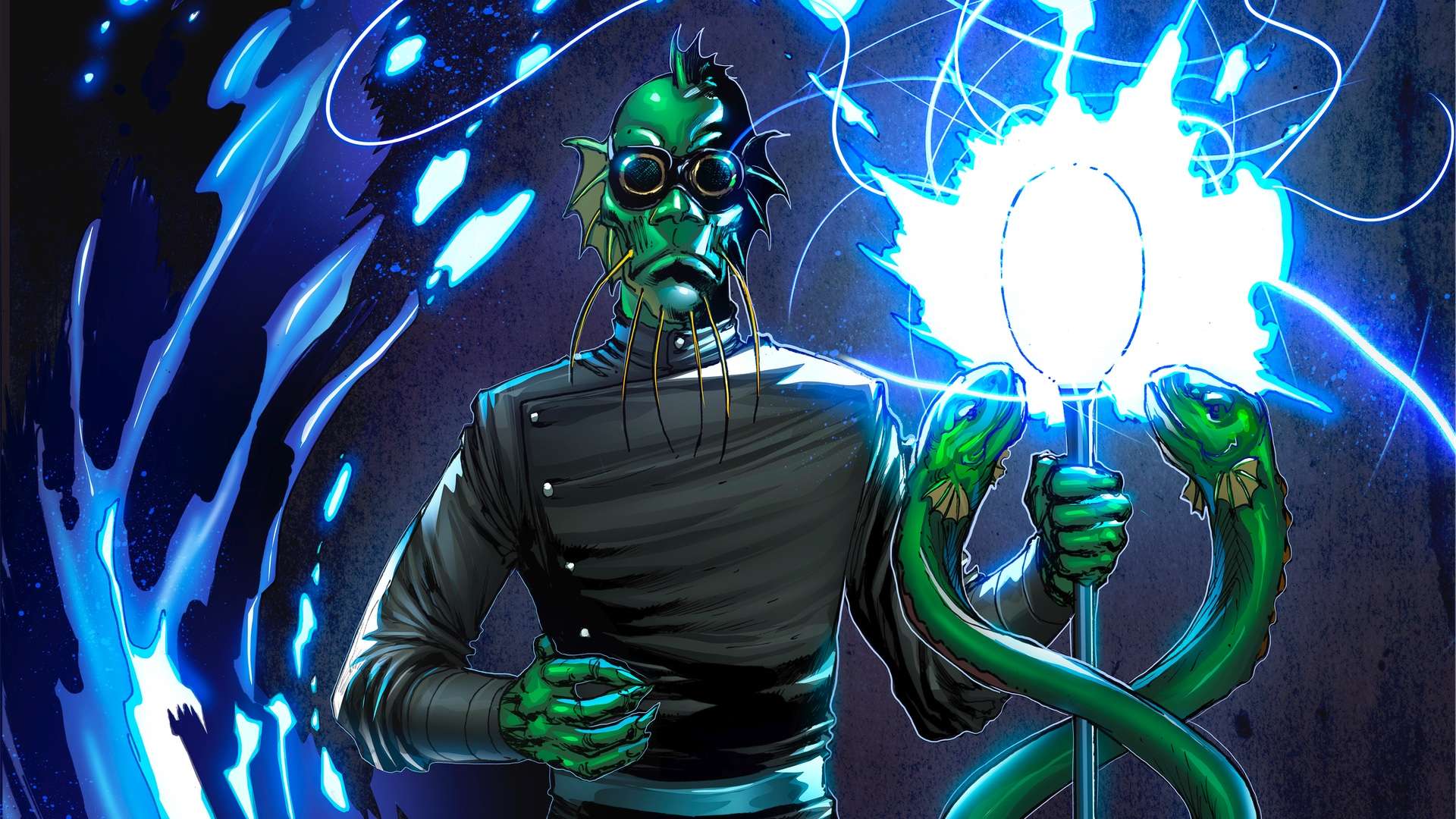 The Book of Drexciya, AbuQadim Haqq

Celebrating Drexciya and transatlantic exchange, the Manchester-based charity has teamed up with fellow Mancunians Eastern Bloc Records to commission two artists to reflect on the Drexcyian legacy and transatlantic cross-pollination in club music and culture. Selected artists will collaborate to produce up to 30 minutes of new music, receiving mentorship, creative stimulus and guidance from AbuQadim himself, alongside support from KERRIE (Dark Machine Funk/Eastern Bloc Records).

As Abu joins me from across the pond, any nerves dissipate and I am instantly put at ease by his warm presence, his friendly Detroit accent and a wealth of experience and knowledge I can’t wait to delve into. We begin talking about the recent Arpanet (Gerald Donald of Drexciya, Dopplereffekt and many more), which saw AbuQadim’s UK premiere of his new graphic novel ‘The Book of Drexciya’, alongside a Q&A and book signing. “The show went pretty well. It was a nice crowd asking me about my graphic novel and sold quite a few books.” 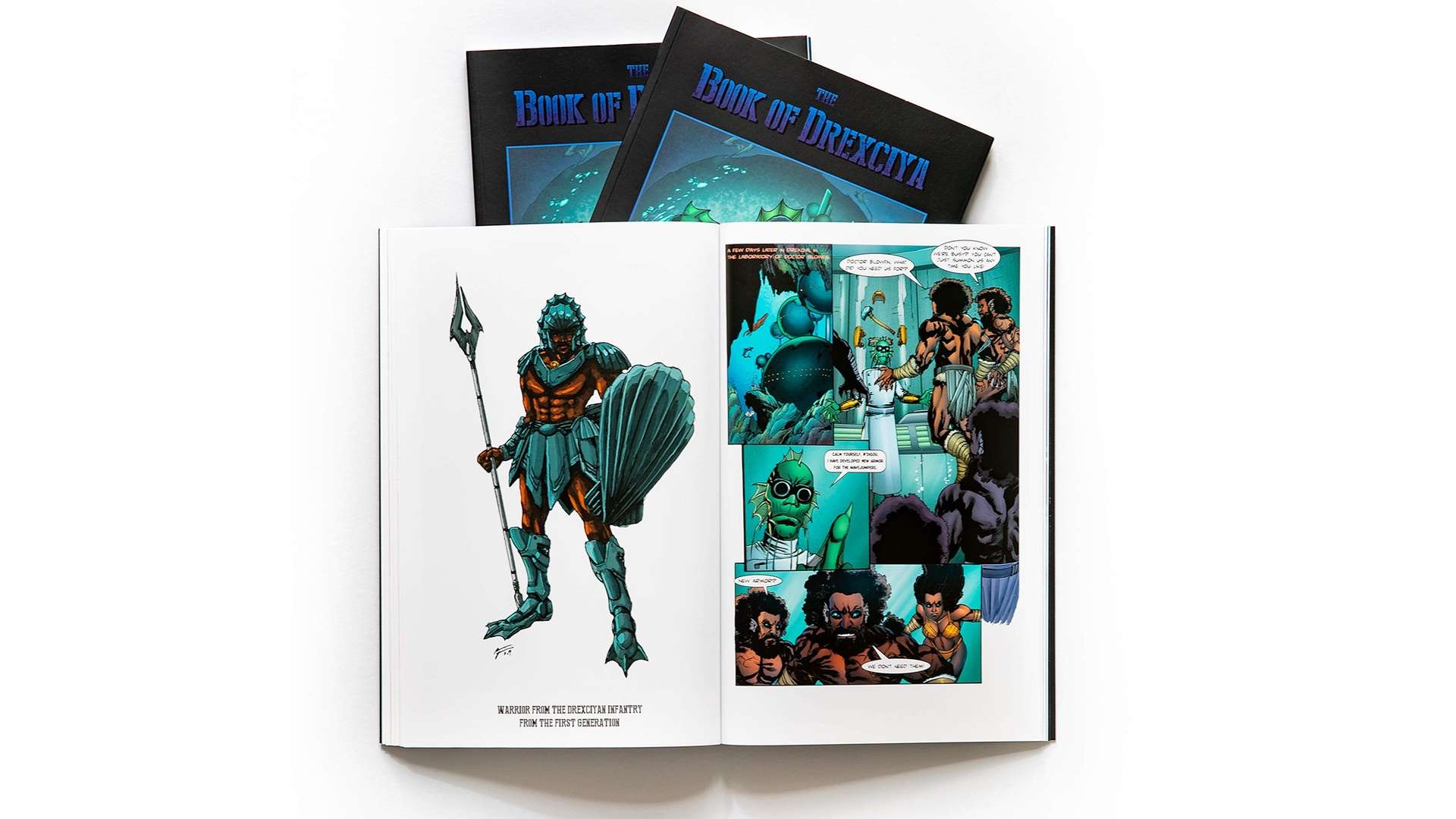 So Abu, how are you feeling about the Brighter Sound commission?

What are you hoping artists get out of the project? Do you have any advice for those wanting to apply?

I’d advise applicants to just be familiar with the music. There’s a bunch of YouTube videos out there you can watch and listen to if you don’t have the actual albums. And you know, read about their background story, the underwater civilization and Afrofuturism.

How did you first get into art?

Oh, when I was a little boy in the 70s, I used to draw little stories, make books, make characters and things like that. In high school I continued to develop my art, which was good enough to be accepted at the art school here in Detroit – The College of Creative Studies. I graduated in 1991 and pretty much directly after that started making art for records for all different people in techno music.

What was it that was your bridge from the art world into the techno world?

It was the science fiction fantasy vibe that I got from listening to the music. The art I was doing was right in line with what the guys in Detroit had envisioned for their music. So, that’s how we pretty much got started – the connection between science fiction, fantasy and techno music.

From when you first started drawing to now, how would you say your art has evolved? Have you found different ways to express yourself with different mediums?

Yeah, I’m getting into all sorts of different art styles. I still work on canvas and watercolour in physical painting, but I now do a lot of digital painting on my iPad. I also work with a lot of other artists and do more of a comic book style more frequently than I used to in my earlier career. So yeah, I like working with other people in doing this graphic novel style.

Can you tell us a bit more about how The Drexciyan Empire was born?

I had an idea of doing the underwater superhero. I thought that the character I had developed for Drexciya’s album artwork for ‘Neptune’s Lair’ would be a perfect character for an underwater story, so I decided to develop the Drexciyan story into an ongoing series that would tell the whole story of the Drexciyan people. From the moment a woman was thrown overboard and gave birth underwater, to how they developed their civilization and eventually went out into space and explored space, I really wanted to tell an epic story based on their background and many of their song titles.

Were you involved with the label at the time or did you come to them with a proposed idea for the graphic novels?

This just happened in like the last five years, so I was able to approach Gerald Donald (of Drexciya) directly. He liked the ideas I had and gave me permission to do the graphic novels.

The response has been huge – did you ever expect it to be so pivotal?

No, it’s a surprise! And you know, I just want to try to keep it going. I’ve got so much support and people seem to be interested. 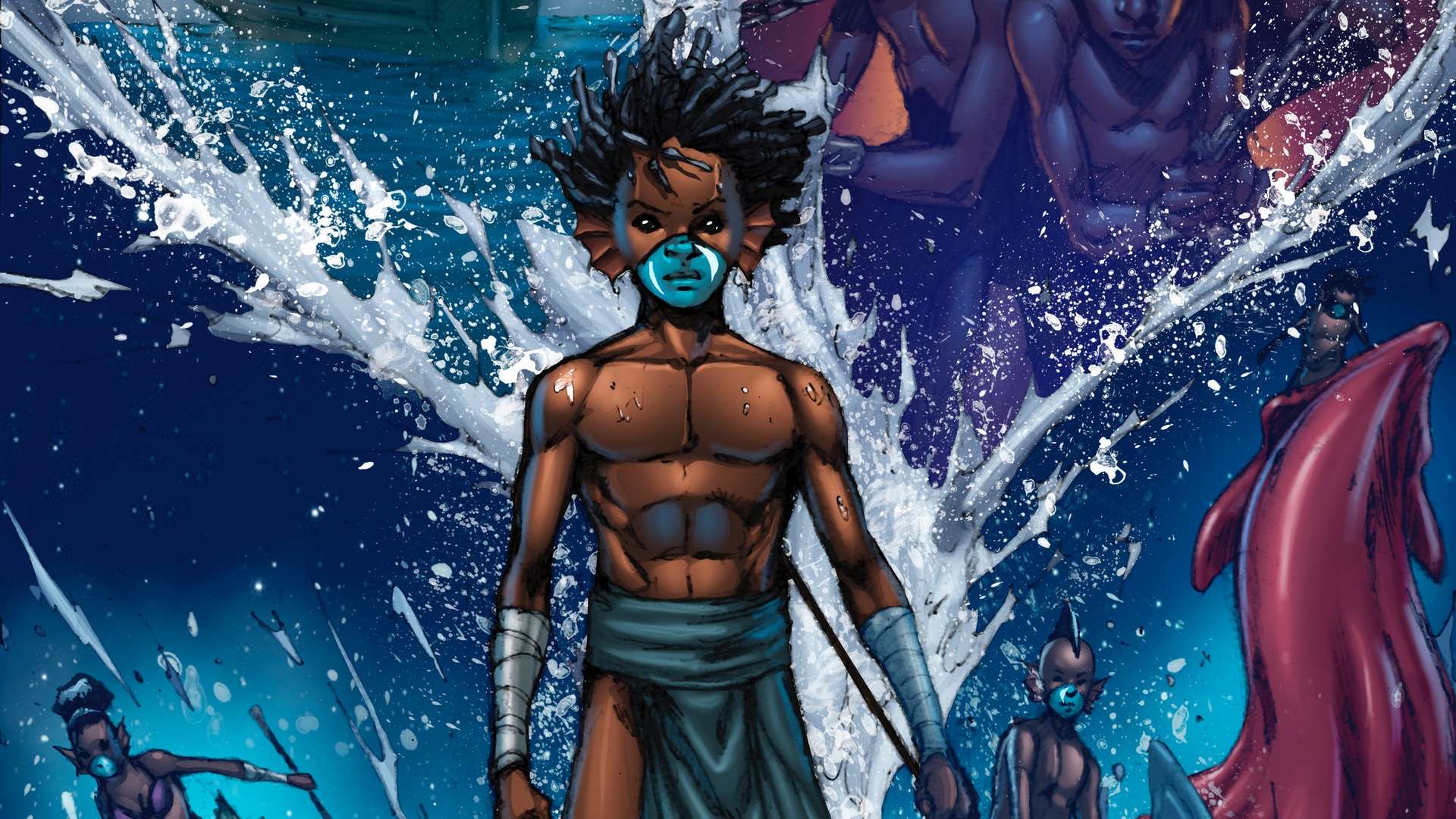 Detroit as a place itself was so important in the birth of all of these ideas. Do your surroundings have an impact on the art you create?

It did and still does – my home, my studio and the surroundings I have here are the most influential to me these days. What I built up around here to be able to create art helped me with my different concepts. I’ve developed a nice home here; I like to relax in my backyard, think of different ideas, have cookouts and yeah… Just little things like that make me feel comfortable and in the mood to do art.

Detroit and Detroit techno, particularly Underground Resistance and Drexciya, played such a huge part in facilitating political change. How do you think we can most effectively use music and art to do this?

Well, I think music and art that make people think and ask questions about the different structures that we have are important, just like UR and Drexciya did. Since I started, it’s become mostly about social media, but I think we have to get deeper and really allow more art and more freedom of music to bring about more awareness. I don’t see too much of it these days, but I know there is still some.

Drexciya and Detroit Techno has had such an influence on today’s musical culture – how do you see today’s techno landscape and the resurgence of this 80s sound?

I’m glad that there’s still a call for it and it’s still popular. I’d still like to see it promoted more in the electronic music world., as well as the original people who started it. I still don’t think they get enough credit. But I’m glad that it’s still around, and people are still dancing to the music. And I’m glad that some of the deeper concepts are finally being explored, like some of the science fiction and fantasy ideas that we had about techno music.

Are you still doing work within the music scene? Do you have a certain kind of art you enjoy doing the most?

I think I just like doing canvases, to tell you the truth. An occasional watercolour painting but mostly canvas and yeah, just be more of a painter and illustrator. I like people like Frank Frazetta, Simon Disley and old school artists like Norman Rockwell. A lot of comic artists too, like Jack Kirby and John Byrne – I’m pretty old fashioned with my art tastes.

Are you reading any comics at the moment?

The last comic I read was when I was in Europe – ‘King Spawn’.

What else do you have planned for this year? Can we expect another volume of The Drexciyan Empire?

I’d like to start working on Volume Three this year, but I’ve got to line up some things first. I’m going to be going back to Europe in June to do a few shows in Berlin and Amsterdam, then after that I’d really like to look into Volume Three and finish up a couple of smaller comics I’m working on. I might be coming back to the UK for a comic convention in Birmingham on the 18th of June, too.

Applications for ‘From The Depths’ are now open for producers, musicians and electronic performers working in any form of club music. Artists will receive a fee of £2000 each, with travel and accommodation expenses covered. The deadline to apply is Sunday 15th May – apply here. In the meantime, listen back to Abu’s guest show on NTS below and buy ‘The Book of Drexciya: Volume One and Two’ here.