In the lead up to Melodic Distraction’s second birthday celebrations with Chicago legend, Roy Davis Jr, we dive deep into the world of a man with one of the most extensive discographies in his field; a man who slammed the UK top 40 with garage, shook Strictly Rhythm with his Chicago house tracks, produced music as part of the famous ‘Phuture’ production supergroup and composed 6 albums all along the way. One of his latest endeavours lead him to invite a homeless hip-hop artist into his studio for a second chance at music; the man’s got soul… 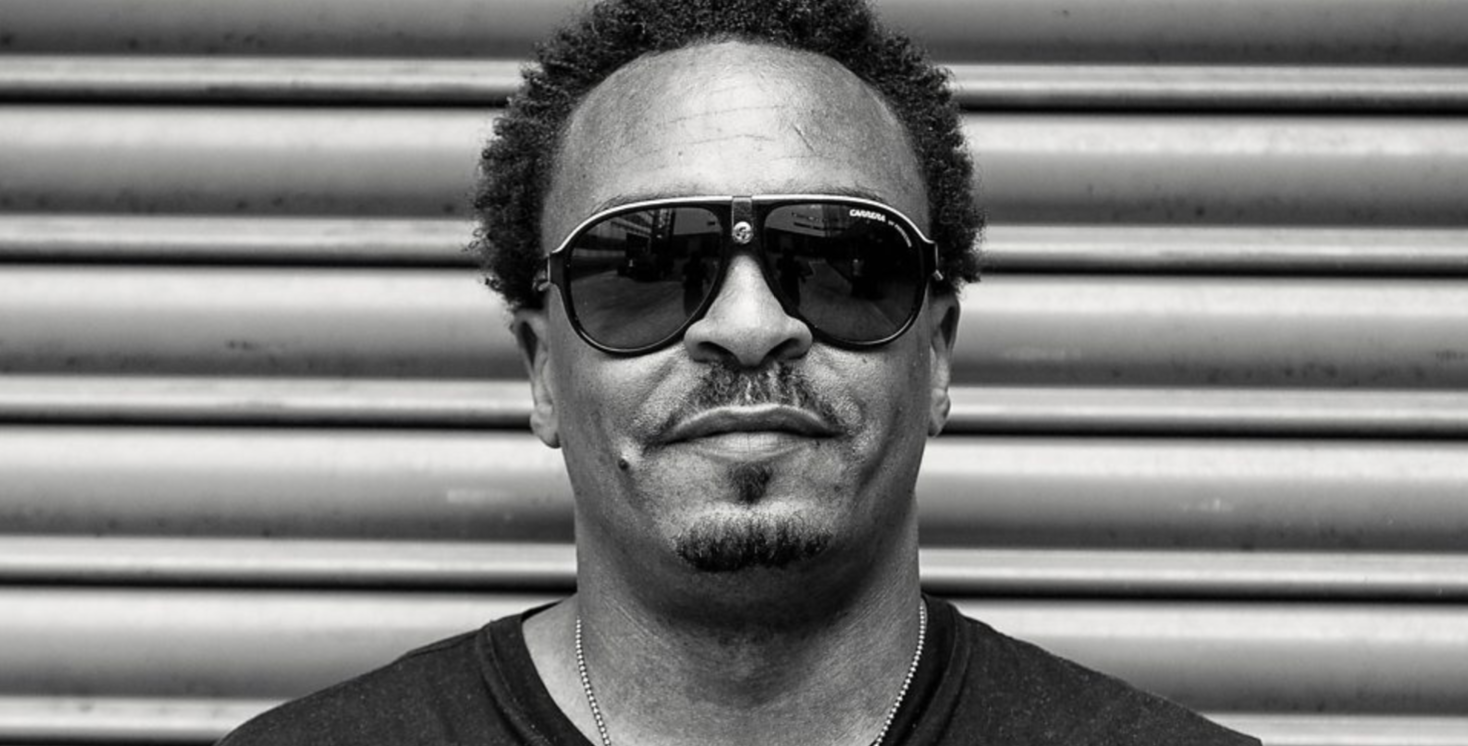 Not many producers see their career span 3 decades and, if they have, they are certainly making movements in the right circles. His diversity and commitment to music have seen the LA-born, Chicago-raised producer work alongside some of the greatest in the game; whether that be in the Chicago house scene itself alongside Marshal Jefferson and DJ Pierre or for soul and R&B heavyweights including the likes of Faith Evans, Mary J. Blige, Seal and Morcheeba. Producing on the fly, Roy maintains a heavy touring schedule while continually putting out release after release, truly earning his role as an ambassador for house music, all while overcoming multiple-sclerosis…

Roy Davis Jr. grew up in Chicago, Illinois, just around the block from the legendary DJ Pierre, a key player in defining the sub culture of acid house and more generally the underground house scene of today. With Pierre in close proximity, Roy quickly became an apprentice of the highly-regarded producer.

Roy cites his early musical memories as listening to Italian-disco and breakdance music and his role models as Stevie Wonder, Miles Davis and Curtis Mayfield. It is safe to suggest that these initial influences, coupled with a musically-dedicated family, mean his life is defined by music. With a mother who played the keys, a father, the saxophone and an uncle who played for Roberta Flack, this early immersion in live music built the core of Roy’s soulful approach to production. In a city known for its dedication to the loop, these influences can be heard permeating through his approach to house music on classics such as ‘Watch Them Come.’ 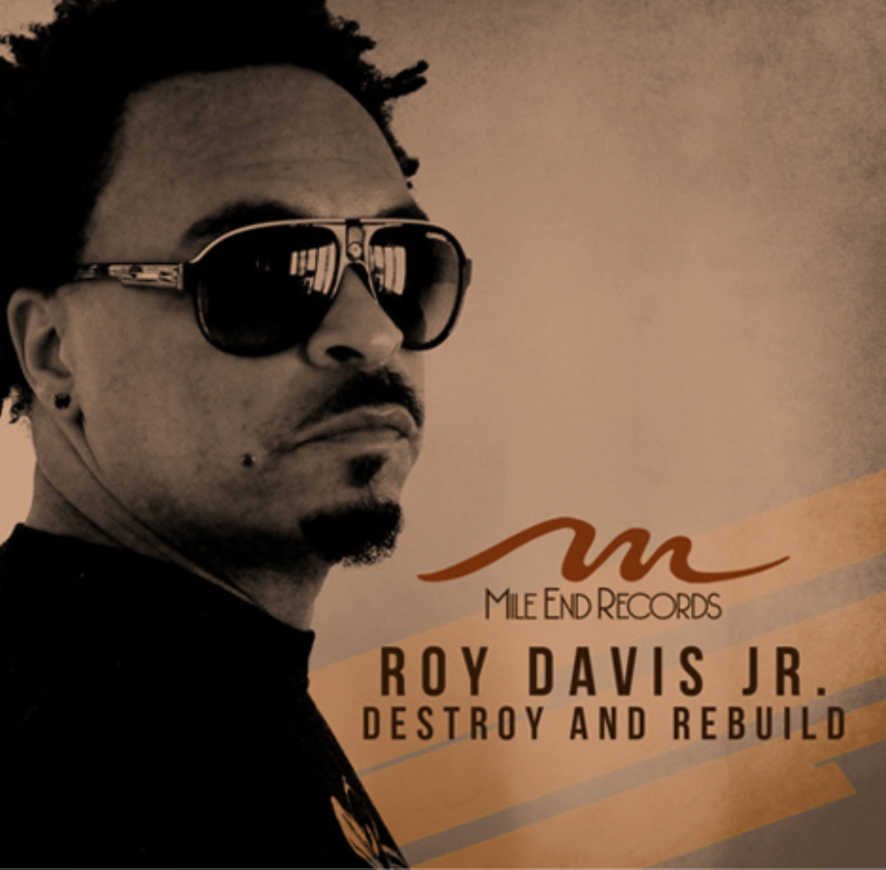 As the house scene erupted in Chicago, Roy experienced it first hand. Not as a producer, but as an avid listener, he regularly tuned into The Hot Mix Five on Five Radio. Roy would follow the likes of Farley Jackmaster Funk and often hit up Lil Louis’ notorious hotel parties; a non-discriminatory sanctuary for all people to come together and vibe on anything that had a groove. Looking to his most recent album, Destroy and Rebuild, the effect this early culture of inclusivity had is evident. Having been made aware of a homeless hip-hop producer giving out mixtapes on a Chicago street corner, Roy featured the musician on his album.

Chicago house music became such a phenomenon in the city during the 1980’s that people began to live and breathe the culture. Being surrounded by this new wave of electronic music had a great influence on Roy Davis Jr.

Armed with his 909, Roy began to make beats out of his garage before being picked up by DJ Pierre, who later became somewhat of a mentor to the young producer. Pierre put Roy to work with Marshall Jefferson on their debut collaboration – Umosia. Their first release was hailed a major success after Jefferson pushed for its signing on New York’s Big Beats (1990). This led to a release on Polydor Records, helping to push his career internationally.

Roy went on to work with Chicago-based acid-house group Phuture. Made up of legends Spanky, DJ Pierre and Herb J, the group produced the genre defining ‘Acid Tracks’ in 1987. This combination of soulful influences and Chicago house encounters laid the foundations for a career that has already spanned 3 decades.

In the late 1980’s, Roy began his own production company named Phuture, releasing pioneering tracks including ‘Slam’, ‘Your Only Friend” and ‘Acid Trax’.  Following this, he went on to become an A&R scout for the world renowned New York dance music label Strictly Rhythm whilst running his Chicago-based label – Underground Therapy Muzik. Through Strictly Rhythm, Roy became evermore dedicated to the culture of dance music. It was on this increasingly iconic label that he released two of his biggest records; ‘Essence of Life’ and ‘Who Dares To Believe In Me’, both under The Believers moniker.

After his work as Phuture, Roy began touring Europe with his mentor, DJ Pierre. Whilst travelling, he dropped his first track on UK label, Guerrilla Records, paving the way for his career as a solo artist. Roy also worked with XL Recordings where he released his most notorious UK track, Gabriel. Reflected in DJ sets,  his diverse production styles see releases that span a mass of labels across multiple genres. When it comes to music, he has a profound ability to cater for all.

While his repertoire attracts people from all nations, his roots in Chicago house undeniably provide a basis for his legacy. However, it is impossible to overlook the monumental effect that his collaboration with Chicago soul artist Peven Everret had on his career, cementing his connection with UK fans. A collaboration that sold 200,000 records and took the UK by storm, skyrocketing his recognition among those lesser known to the Chicago house scene.  Initially never intended for the club, ‘Gabriel’ a mere Chicago soul remix was picked up by XL Recordings and stamped his name into UK chart history.

As his reputation grew and his connections developed, Roy Davis Jr. became a dedicated touring DJ, connecting with fans across the world. Since being given the opportunity to DJ at Chicago’s Bismark Hotel alongside Steve Poindexter, he has gone on to play some of the world’s most renowned clubs. Roy Davis Jr. has appeared on line-ups at fabric, Yellow in Japan as well appearing on 3 Boiler Room  shows.

Today, Roy’s continual commitment to travelling the world as an ambassador for music sees him forging relationships with a range of contemporary artists. With one foot in the past and another firmly in the future he continually creates partnerships between genre-defining architects and a new generation of artists, pioneering a modern direction in the scene. His drive to release records sees him break the mould time and time again, notably through his recent collaborations with contemporary producers such as Zed Bias. Creating cutting edge music is what keeps Roy Davis Jr. at the forefront of the electronic scene, resonant with his remix of Bocca Grande on Rebirth 1o.

You can catch Roy Davis Jr. at Constellations, Liverpool on March 24th for Melodic Distraction’s Second Birthday. Grab your tickets from the link below and take a listen to a selection of groundbreaking tracks over Roy Davis Jr’s 30 year career. Click each picture to listen to a track…