We sit down with neo-soul 4 piece Zoe’s Shanghai following the release of brand new debut album ‘Lava Love’. Led by singer Zoé Renié Harris, the Barcelona via Paris-based band first made a splash with their debut EP ‘A Mirage (Meant To Last Forever)’ in 2019. Since then, they’ve garnered the support from the likes of Gilles Peterson, Jamz Supernova, Worldwide FM and more. We delve behind the process of recording the album across two cities, the themes it explores and much more… 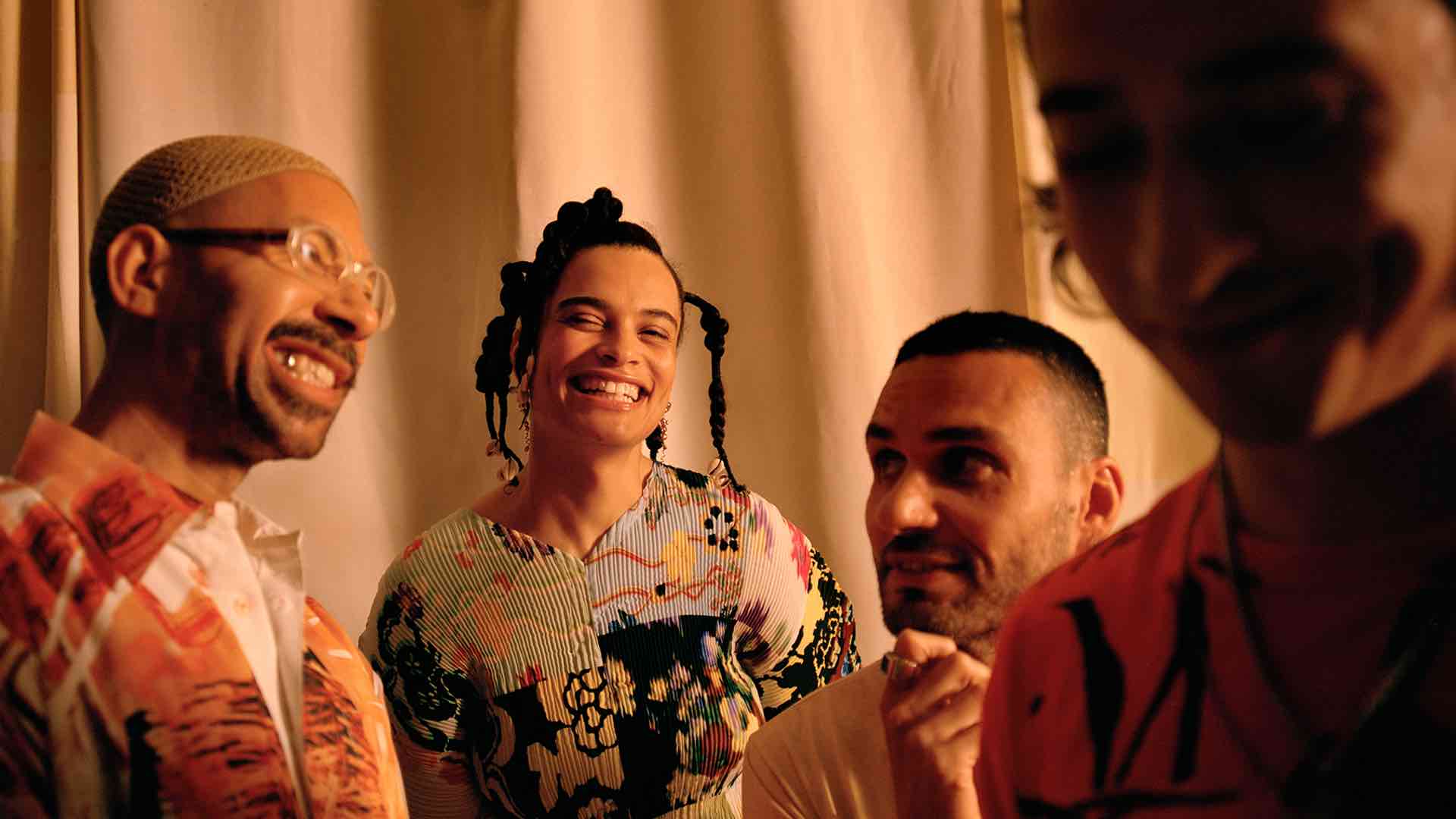 Hey Zoe and co – we love the album and have had ‘Lava Love’ playing on repeat here at MDR HQ! How would you describe your sound to people who haven’t heard it before?

That’s so cool! It’s tricky for us to answer that one – it always comes from the heart and flows through the genres we cherish like Soul, RnB, Jazz, West African and Cuban music. Usually with good doses of grace, spice, glue, fun or lava!

You recorded the album fully independently in a home studio set up in Auvergne, France up in the mountains – why did you choose to record it there and how much did this setting influence the sound and tone of the album?

Landy our drummer is also a sound engineer and he owns most of the gear we recorded with. That allowed us to see recording as a nomadic process. Zoe’s family house was the perfect place to record this first LP because it holds a lot of meaning for her and was also a convenient meeting point for the band. The acoustics were not perfect, but the barn (called La Grande Salle) that served as a music studio was the place where she used to play with her cousins, sung her first songs in public etc. So it was also a process of giving back to the space and it definitely has a strong vibe.

Was it more challenging to record than previous projects?

It was more ambitious… We wanted to have a more “produced” approach to our music, but because of Covid we didn’t have the opportunity to meet up before the recording. So once we actually started, we had to record a lot of alternative takes and experiment with arrangements. It was pre-production and production all rolled together! Another challenge was that the space had not been treated sonically, the place was alive – “a bit too alive” for Landy, who had to do the mixing. But he’s so good! Also, we had to redo all the vocals in a proper voice booth in a studio in Barcelona, because the acoustics in Zoe’s grandparent’s closet somehow weren’t quite right.

Who were you listening to a lot whilst writing & recording the album?

The writing of this album was spread over a year and a half more or less, so in that time we explored all kinds of great sounds and vibes. We made a Spotify playlist called ‘Que des Bangers’ – only bangers in French!

When recording, we were working on the music all the time and when we were not, we were giving our ears a rest with the sounds of the birds and trees outside. We did listen to some of Hendrix Harris’ (Zoe’s brother) music though, who was also working on his stuff at the time.

Can you tell us a bit more about the various themes it explores?

A lot of the tracks on this album have darker colours and moods compared to the previous EP. This is largely to do with the intuitive and collaborative way the band works when arranging, and also where Zoe has been at. More specifically, the album explores themes including family relationships, childhood memories, love for special places, internal dialogues in a relationship and the reckoning that can happen after a relationship ends. 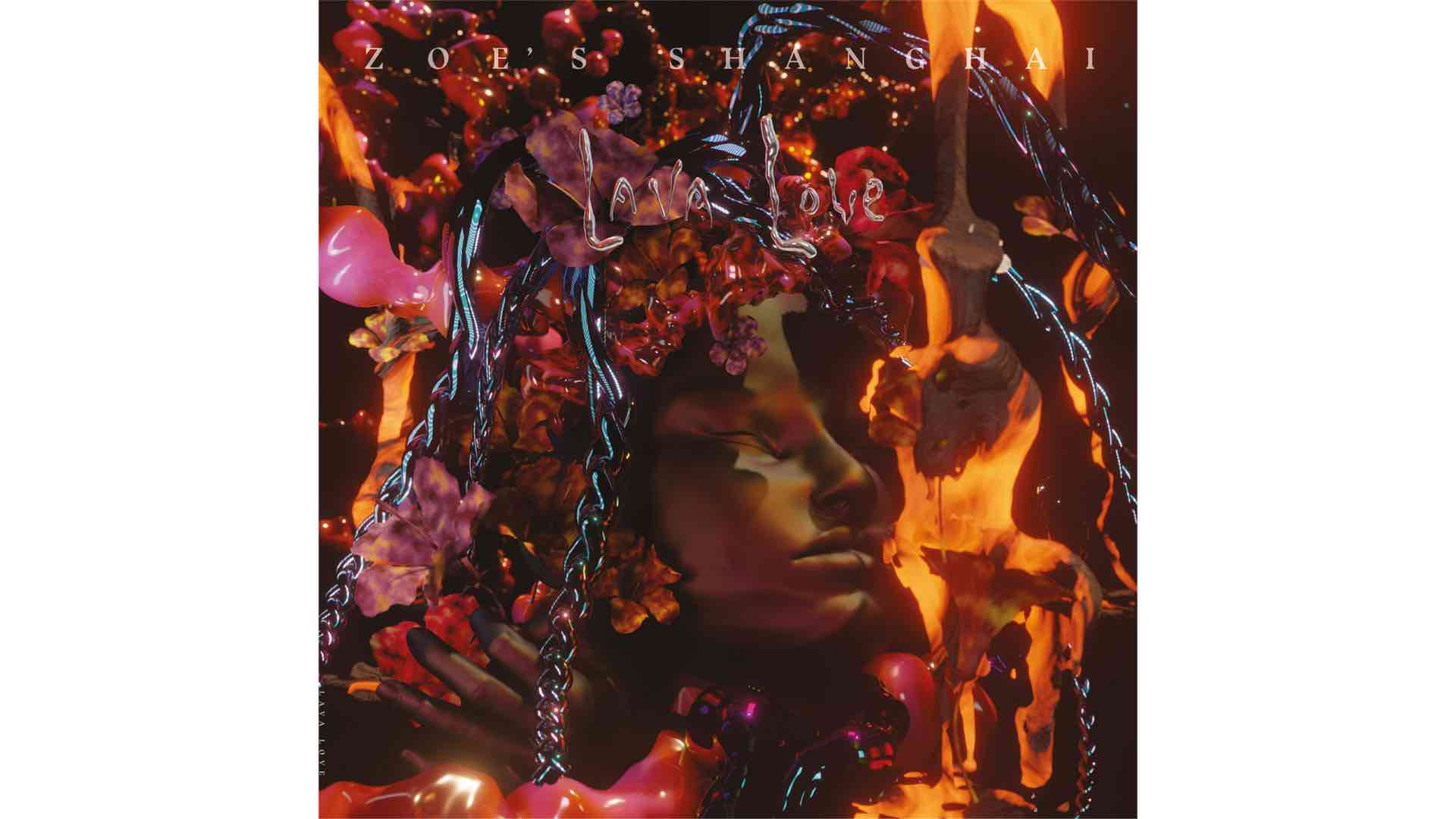 The record was produced by Oli Barton-Wood (Nubiyan Twist, Joe Armon-Jones, Nilufer Yanya) – what was it like to work with him and what did he add to your creative process?

Oli was a delightful complement to the band’s energy! We usually have a lot of fun when we work and he didn’t let us down in the joke department, nor the recording and production departments for that matter. He brought his valuable perspective from London and helped us have a more friendly, critical and fresh approach.

Do you have a favourite track off the album?

Oooooh! It’s such a hard one. It’s impossible to all come to a consensus, so:

Both Barcelona and Paris have played important roles in your artistic development as a group. Do your surroundings have an influence on your music and if so, how?

It’s the dynamics between 4 people with very different backgrounds that come together to explore what they love that shapes our musicality, more than the locations I feel. The music we listen to, the places we visit in our minds and hearts and the deep conversations we can have with loved ones may be our main sources of inspiration. The fact that we’re spread out in two cities does have an effect on our process though. When we come together we really go deep and spend 10 days playing everyday, all day. For the post-production of ‘Lava Love’, Zoe and Emerik (based in Paris) spent a lot of time together adding layers of synths, guitars and backing vocals to the tracks. Now they cook up the skeleton of new ideas, while Landy and Alex keep the rhythm section simmering in Barcelona until the next band residency.

As a four piece, live performance must be an integral part of your act – how have you found the last 18 months? What would be your dream venue to have your first gig back in?

Yes! To be honest, the last 18 months have been a real challenge. Playing live is what we love, but it has given us time to translate and work on the LP and craft our live performance. Our dream venue is La Caserne in Paris, which we will be playing in for The Conscious Festival on the 26th of September – had to say it!

Finally, what’s next for the band?

Next is always more music. We also need to get ready for the launch party to celebrate the album’s release on 27th August!

‘Lava Love’ is out now – check it out below!