Fresh from the release of their latest album ‘Wow Machine’ on Both Sides Records, we’re super excited to chat with electric three-piece, Stealing Sheep! Not only that, they’ve also just announced their very first all-day festival, SHEEPTOPIA. Stealing Sheep will be taking to The Invisible Wind Factory on 10th September as part of an all-female and non-binary star-studded line-up, including our lovely hosts Giovanna, iamkyami and NIIX. We find out more below… 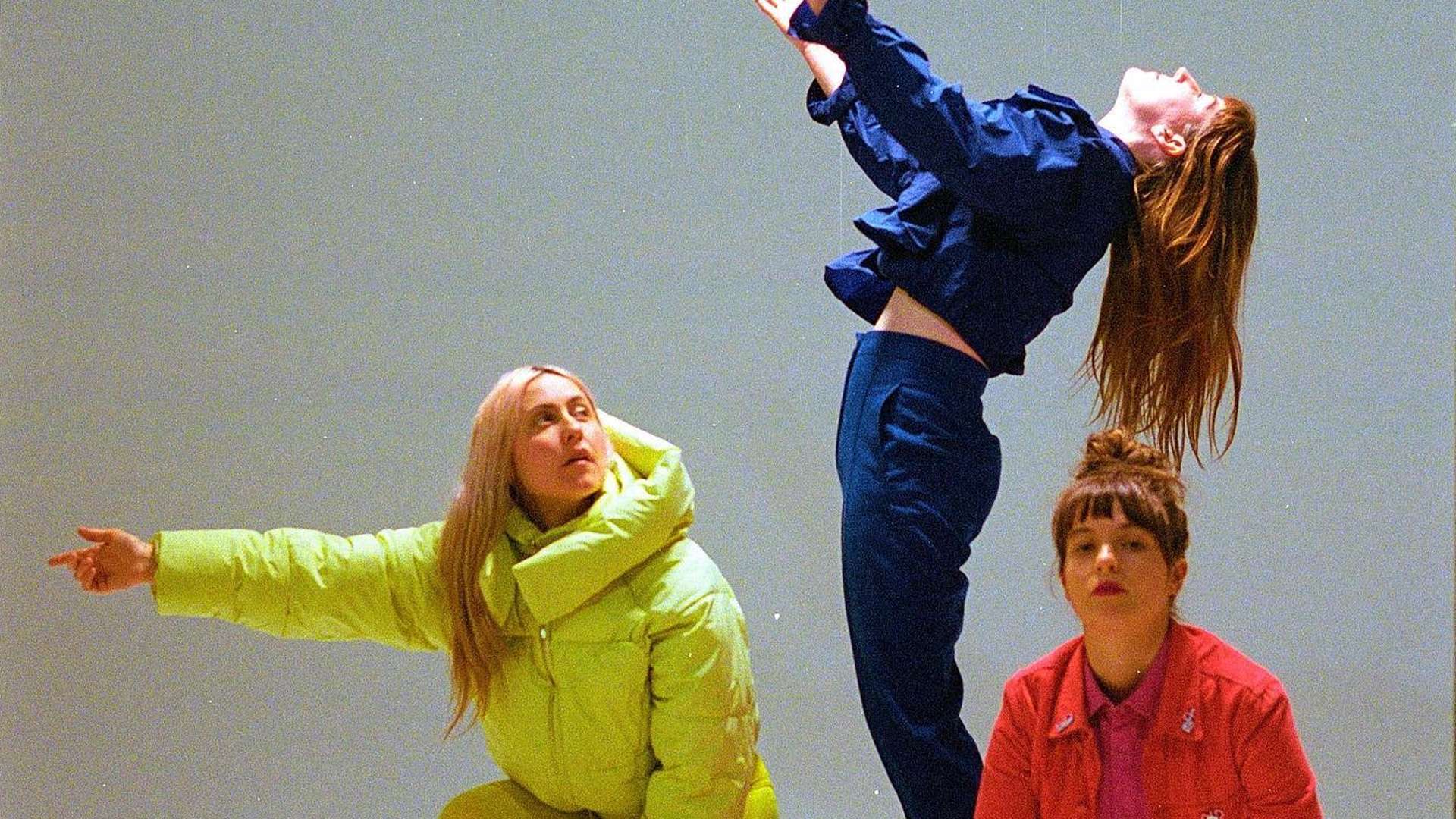 Hey Stealing Sheep! You’ve just announced SHEEPTOPIA and we can’t wait. What can we expect from the all-day festival?

Ello 😉 yaaaa Sheeptopia has been announced with our first wave of artists! We’re excited! We’ve selected some of our fave artists that we’ve been stalking online for sometime. Now we get to see them in real-life and introduce them to the Liverpool music scene. Some bands are based in London and have been causing a stir on the DIY club scene, alongside lots of new local artists too, mixing it all up and getting everyone connected. That’s what we like to do!

Can you tell us more about the ideas behind your brand new album ‘Wow Machine’? Who were you listening to a lot whilst making it?

We originally made ‘Wow Machine’ for an installation (a big cake stage that had machine-like dancers and costumes made by Hannah Bitowski!). The music went along to these dancers ‘robo styly’. We wanted it to feel organic and fluid, even though it was machine-like and features loads of repetitions, like cogs. We wanted to play with the concept of ‘emotions’ via machines. As that’s what we’re doing all the time – trying to tease emotion out of keyboards, synths and software. We listened mainly to Delia Derbyshire as she was our main inspiration for the music, but also Laurie Spiegel, Laurie Anderson, Wendy Carlos and also some contemporary electronic pioneers like SOPHIE.

You’ve incorporated more electronic sounds into your music over the past few years. Was this a conscious decision and if so, why?

We’ve definitely been drawn to writing with computers more, especially over lockdown. This method has just ended up sticking in production – we get attached to the midi sounds in the demos I guess?! It’s a reflection of the times too, bedroom set ups and software synths haha. I think after lockdown though, we are kinda having an outburst where we want everything to be real instruments and organic, so I’m not sure how long we’ll stay ‘electric’ but we’ll always be drawn to the whole mix. This album particularly sat best in ‘electronic music’ genres. I guess it’s because of the concept ‘Wow Machine’.

You also create installations and much more to accompany your music. Why do you think it’s important to cross disciplines?

This is a bit of a mystery actually. We’re not sure why we do it, but it’s in our blood somehow? Maybe we really just want it to be some kind of musical theatre show or something? Or just for the audience to be fully immersed and levitated – like the ultimate ‘escapism’, but it’s also in ‘the now’ and thriving off ‘the moment’. Like an out of body experience enhanced by theatrics, illusions and mind bending sounds…? Haha.

As champions of gender minorities within music, where do you hope to see the music industry in five years time?

More women and non-binary gate keepers that make decisions at the top as to what the listeners get to hear and see. If it’s only men guiding cultural output then what kind of culture are we gonna get? One that is completely biased to the desires of men?! So we need this power dynamic to shift so that the ripple effects in our culture are heard. We’re keen to be part of the change. We don’t have much power and we never achieved a big status, but wherever we can we will use what power we have for positive change. We need to be constantly educating ourselves, reading and digesting statistics; it’s a constantly moving target and super draining too! But it’s necessary and we need to keep pushing and noticing and speaking out. 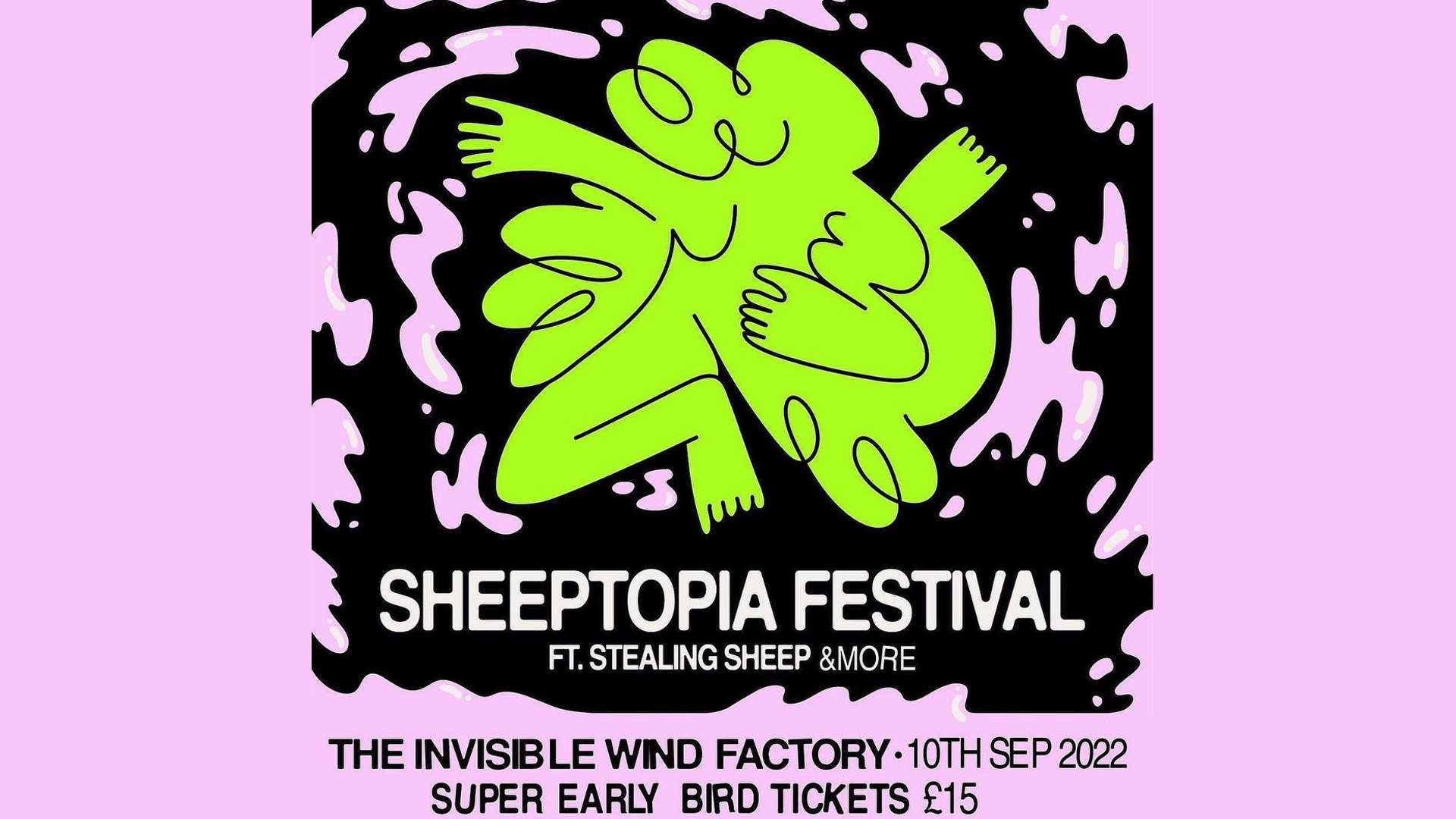 As members of the music industry, how do you think we could do more to platform underrepresented artists and if so, how?

I think that the music industry isn’t a separate eternity to learn about, it’s an ever-changing beast that is ‘us’. It’s everyone who decides to do the slightest thing that an audience (no matter how tiny) is engaging with. So we’re all powerful and instrumental in this shifting beast. So… I guess if you wanna help underrepresented artists you need to talk about them, listen to them, put them on the stage and buy tickets to see them play! We think it’s also important to hire them behind-the-scenes, give them power to make decisions, trust them (no micro management!) and this will build their confidence to ‘go’, ‘do’ and ‘be’.

What’s your impressions of the Liverpool music scene? Do your surroundings have much of an impact on the music you make?

The Liverpool music scene seems to be a slippery fish. Its seems quite unpredictable and there are big crews of people into very different styles of music. I’m not sure I’m in tune with these groups, or tapped into new generations at all. Maybe a feeling of disconnection for me at least. I was at a MISTKI show last week and there was a huge crowd absolutely going for it – it was a great buzzing vibe. It feels like there’s is a big student audience for these kinda ‘internet sensation’ artists, however I’m not sure I would dub that a ‘scene’. The ‘scene’ used to be obvious, as it was loads of artists and bands putting each other on and hosting nights. It feels like that sometimes still exists in Kitchen Street/Baltic area and the Kazinier Garden/Stockroom. I’m not sure, but we’re hoping SHEEPTOPIA will represent a re-blossoming of the scene in some ways… bringing together artists and bringing people from London to come and see the latest bands. Getting ears and eyes on inspirational sounds and having fun together. It’s not one of these ‘cash cows’ by any means, it has an artist-led agenda so it’s got all the right ingredients to be the beginning of something special.

If you were to go back in time and give yourselves one piece of advice before starting your music career, what would it be?

The cream always rises to the top.

What was the last song you listened to?

We’re working on our 4th studio album, an audio book collaboration and we’re performing our Sci-fi soundtrack at the IMAX cinema in London Science Museum towards the end of the year.