For this edition, we get an incredibly interesting insight into Montreal’s avant-garde activist community. Following the release of full-length album ‘Crépuscule’, we chat with ambient artists Nick Schofield and Stefan Christoff, collaboratively creating as Rêves sonores. We dive into the six year long process of making the record, arctic field recordings and much more! 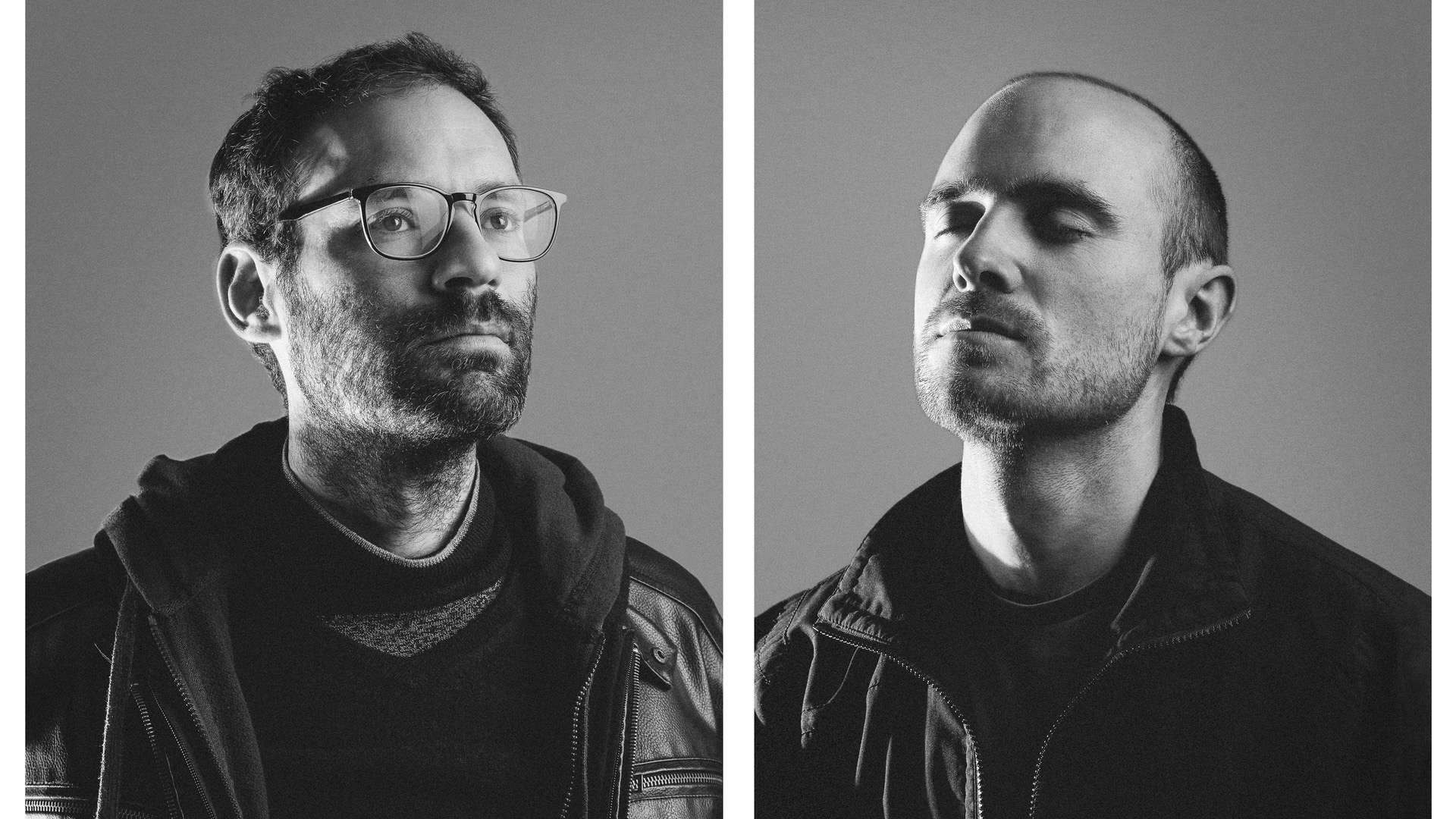 Hi Nick and Stefan, lovely to meet you! Both ambient artists in your own right, what brought you together to form Rêves sonores?

NS: Hello, thanks for having us! Stefan and I first met at CKUT radio in Montreal, where we both host shows – this was probably back in 2012. Stefan also organizes community concerts (via Howl! Arts) to raise awareness of social justice issues. I was recording those events for a couple years, and at one point Stefan asked if I would remix some of his piano recordings which his brother (Jordan Christoff) captured. Collaborating with Stefan has always been inspiring and educational. This project really introduced me to creating ambient music for the first time.

SC: As Nick mentioned our connection really took place through CKUT 90.3fm in Montréal, as a vibrant community radio station that has strong links to both networks of independent artists and social activism in the city. I really appreciated Nick’s positive and community oriented approach as the host of Underground Sounds radio. I would sit with Nick for hours on a small desk in Point St. Charles when we first started collaborating, going over loops, piano samples, sonic tactics, it was a great experience, that built toward our first release Rêves sonores à Montréal.

Can you tell us a bit about the process of making the forthcoming album Crépuscule?

NS: Each Rêves sonores release starts from improvisations. I then sample, loop and reframe those ideas into structured compositions using synthesizers in Ableton Live. Crépuscule was made this same way, except we expanded the sound sources beyond piano to also include saxophone, violin and field recordings. The album began with a recording session in New York on a cold February morning in 2015, and over the past six years has continued to be shaped through additional recording and mixing in Montreal, as well as a production residency at the Banff Centre in Alberta, and the album even features arctic field recordings from Svalbard.

SC: This album really expands across time and space, while it is driven by a sense of community collaboration. I think that for both Nick and myself that sense of creative community is important, also a network that exists in an alter-institutional sense, in that we are all creating together not within the context of fixed projects often, or institutional frameworks, but more as friends, as collaborators, as fellow artists who broadly speaking have a common sense of solidarity and are part of efforts to build together an independent arts network that can support social justice movements also.

What is it about Montreal’s fabled ‘Jardin du Crépuscule’ that inspired the record?

NS: The garden is across the street from my apartment in Montreal. This is basically an abandoned lot by the train tracks filled with abstract statues built by local artist Glen LeMesurier. I started to see these abstract structures as a physical manifestation of the music – they are composed of disparate elements from different times and places, recycled and recombined to form an entirely new entity. I felt similarly about the musical compositions, considering the creation process included many people and places that were then sculpted into a unified ensemble.

SC: That garden is great for a number of reasons, one that is important to mention is that it started without official approval or recognition. It basically was a lot that artists would gather in the Mile End, very close to a number of artist studios, eventually Glen LeMesurier started placing rusted metal statues there and that was part of a process of community arts engagement with that space. Also I should note that this space was a point of gathering for local artists and activists during the height of the Wet’suwet’en protests against colonial capitalist oil and gas pipelines on their traditional territory. When there was a call for trainline blockades in solidarity with Wet’suwet’en, local artists and activists gathered right beside this same spot to go then to block the train tracks with a banner.

NS: Stefan introduced me to the most profound influence at the onset of creating this album – Susumu Yokota, specifically the album ‘Sakura’. I love the collage of sounds, exploration of moods and transportive aura. I also listened to Music for 18 Musicians each morning during the production residency at the Banff Centre to get ideas flowing.

SC: Actually in terms of the piano playing on the album, the honest answer would be to list the major influences for my style over the time that the album was recorded, or at least the piano parts, at 16 Beaver street in New York City. Don Cherry, Matthew Shipp, Alice Coltrane, William Parker, Ras Moshe, Ethnic Heritage Ensemble. In terms of the specific sounds of the album, my ideas around ambient music were deeply impacted by Susumu Yokota’s album ‘Sakura’ also.

What’s the most exciting part ahead of a release? Any challenges?

NS: The most exciting part for me is feeling proud of what we created, and seeing all the elements come together – from the artwork, to music videos, everything. This album features an accompanying poem by Kaie Kellough and extended interview with Mojeanne Behzadi. I love the community effort that encompasses this project. Youngbloods label have also been so amazing, they really ushered the album into the public sphere so perfectly.

SC: It is great to see this longterm community collaboration evolve into an album that can be shared with the world. The process of creation and all the conversations, both musically and otherwise that went into this album, were really involved and now that conversation is expanding outward. I really hope that the album can create space for people to reflect and also can create reference points in other people’s lives also. That would be really meaningful for me, to imagine this music existing autonomously in many different lives beyond our immediate circle of friends and collaborators. 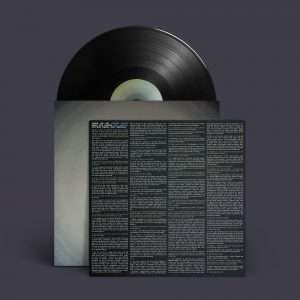 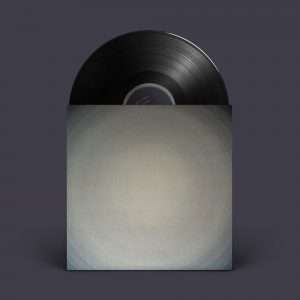 In what has been a generally stagnant year, how have you kept inspiration/creativity flowing?

NS: I have actually been creating less lately, focusing more on finalizing existing projects, but I am helping friends produce and arrange their albums. I am working with Eve Parker Finley in Montreal and BUCKO Art Machine in Ottawa, as well as with my partner Yolande Laroche in Hull on her Orchidae album.

SC: I have been working a lot on production in terms of music, working to finalize a number of albums, including a quintet release with Sam Shalabi that will be out on AOsmosis in Germany, also a cello / organ duet with the Seattle based musician Lori Goldston. I just released a soundscape album with sound artist Joseph Sannicandro who also edits the A Closer Listen blog, this album was released on a small label in Macedonia. A lot of these projects were recorded pre-pandemic, so this time I have used more to produce and arrange the release of these projects, all this work has kept my creativity flowing and a drive steadily moving on the music front.

Who would be your dream artist to support? Dream venue?

NS: We have been fortunate to support some big influences of mine already – Kaitlyn Aurelia Smith, Hauschka, Bing & Ruth. I love the new Agnes Obel album Myopia. She was scheduled to perform at Place Des Arts in Montreal just as the pandemic hit. I was really looking forward to that concert specifically, so I think that would be my dream show to support.

SC: I really want to play more shows in the Balkans and Levant, those are two parts of the world close to my heart and also family history. I have loved doing DJ sets in Beirut the summer before the pandemic. As a musician I would also like to play concerts in these adjacent regions on the Medditarranean.

What was the last musical instrument you acquired/learned?

NS: I got really into vintage analog synths in the past few years – I acquired a Realistic (Moog) MG-1 monophonic synthesizer and Sequential Circuits Prophet-600. I entered into music as a drummer, so I am always just trying to improve my keyboard skills.

What’s one thing people may not know about you as musicians?

NS: The fact that I started out playing drums in punk rock bands and only transitioned into creating contemplative cinematic ambient music in my 20’s haha – I’m 33 now.

SC: I am a skilled cook and I have worked many hours in restaurants, primarily focused on Lebanese cuisine.

NS: We have a collection of B-sides from the Crépuscule sessions, so now that this album is out, I am keen to finish arranging and editing those pieces.

SC: There are a couple Anarchist Mountains albums coming out this year, following-up from our recent release on AMEK label in Sofia, Bulgaria, this is a duo project that I work on with my brother Jordan Christoff.

Crépuscule is out now, both physicalyl and digitally, on Brooklyn-based imprint Youngbloods. Stream/buy below!