We chat with 5-piece outfit PYJÆN following the release of single ‘Beetle Juice’ off forthcoming album ‘Feast’. The London-based ensemble reach inside the deep, multidimensional well of what is broadly called Jazz, bringing together all its diverse components in a singular, emotional sound. After setting a blueprint for their multifaceted artistry, combining cross-genre sensibilities with ferocious talent on their first two releases, PYJÆN have been busy writing and recording music for their second album, their most
accomplished offering yet… 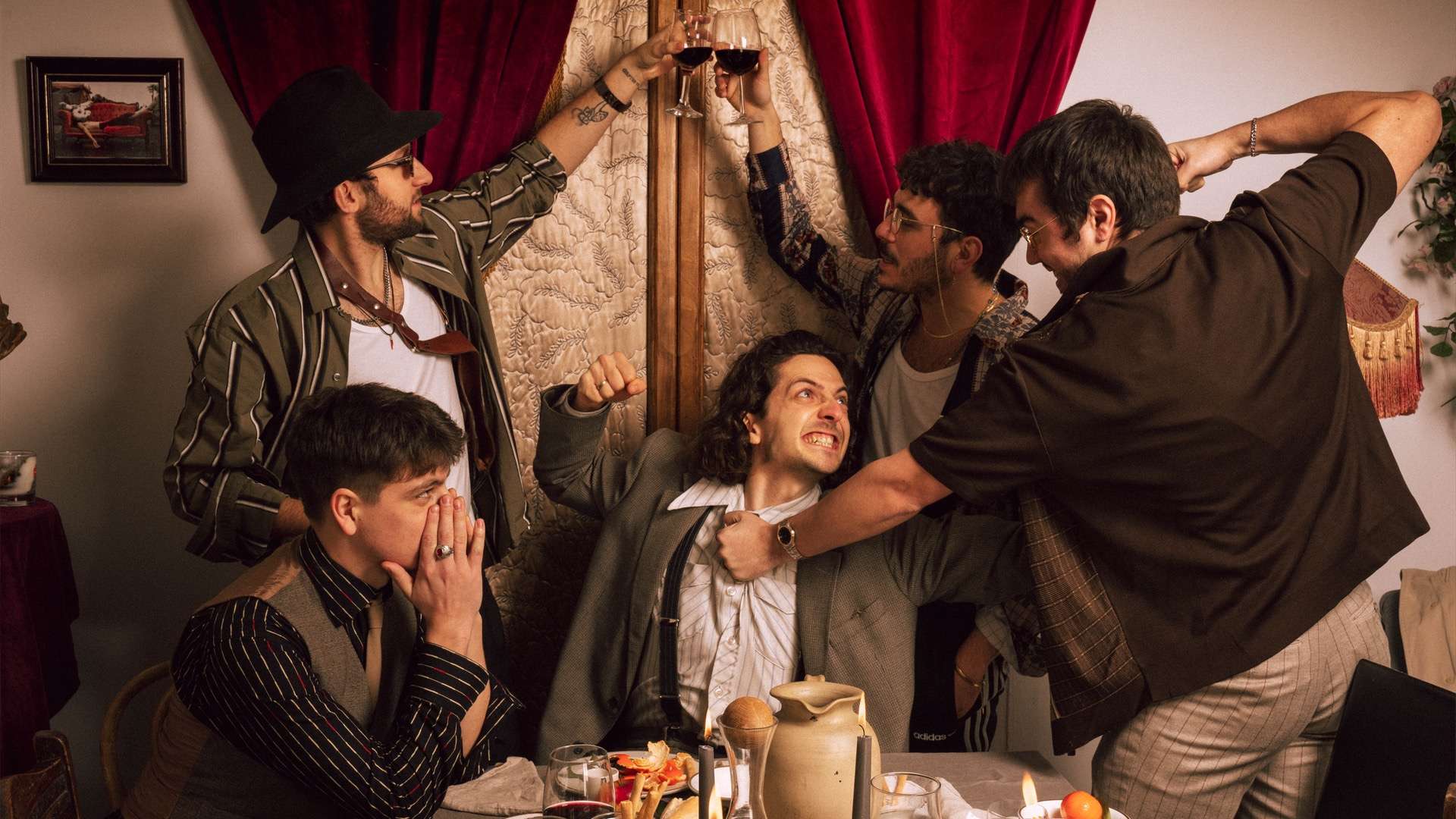 Glad you’re enjoying it! We began playing this track last year as an instrumental. It was really supposed to be a sort of fusion take on jazz and hip hop. The tune was written by our trumpeter Dylan and our mate Nix Northwest wrote the lyrics and vocal melodies.

As for the title… Nix says: “The lyrics were born out of a frustration of the lack of freedom brought on by lockdown. But strangely enough, that same isolation forced me to confront some stuff I’d pushed to the side amidst the craziness of life”.

Has your sound changed much since your first album ‘PYJÆN’ and if so, how?

Our sound has changed quite a bit since the first album. We really began noticing changes to our compositions when we started our ‘Sage Secrets’ EP, released last summer. This was when we first collaborated with other artists: Blue Lab Beats on ‘Sage Secrets’ and Odette Peters on ‘Gold Plated’. The introduction of a singer brought along changes to how we write – on the new album there are a lot more vocals used and so we wrote tunes that had space for singers to do their own thing on. We still keep a lot of the same style as our first album however, with a lot of the tunes keeping that familiar format of head, solos, head, which is what our first album mostly comprised of.

How did you find working with Nix Northwest? How important is collaboration to you?

Collaboration starts with the band itself and is key to our sound. We’re 5 musicians with different backgrounds and influences, and blending these together via each individual is the core PYJÆN sound. We feed off each other in the studio and writing room and wouldn’t do it any other way!

In addition to this, we love working with talented musicians around us and we’re lucky enough to know quite a few through the various projects we’re involved in on an individual level. It started with Blue Lab Beats and Odette Peters on our last release and we continue this approach on ‘Feast’, with a few incredible features that we can’t wait for you to hear.

What can we expect from the second album?

This second album is all about a feast of all our individual tastes and styles that we bring to the band. We’ve really got a variety of styles on this album, from progressive rock to hip hop, to soul and even disco! We’ve always each loved bringing our individual tunes to the band, then collaborating together until it sounds unified.

Who have you been listening to a lot whilst making the record?

Lots and lots and lots of different stuff… We all love and listen to jazz music like Coltrane, Miles Davis, Art Blakely, Monk etc, but separately we each have our individual favourite music to listen to. Some of the tunes have been inspired by Stevie Wonder, Frank Zappa, Earth Wind and Fire, Radiohead and much more. We all try to listen to as much as we can! 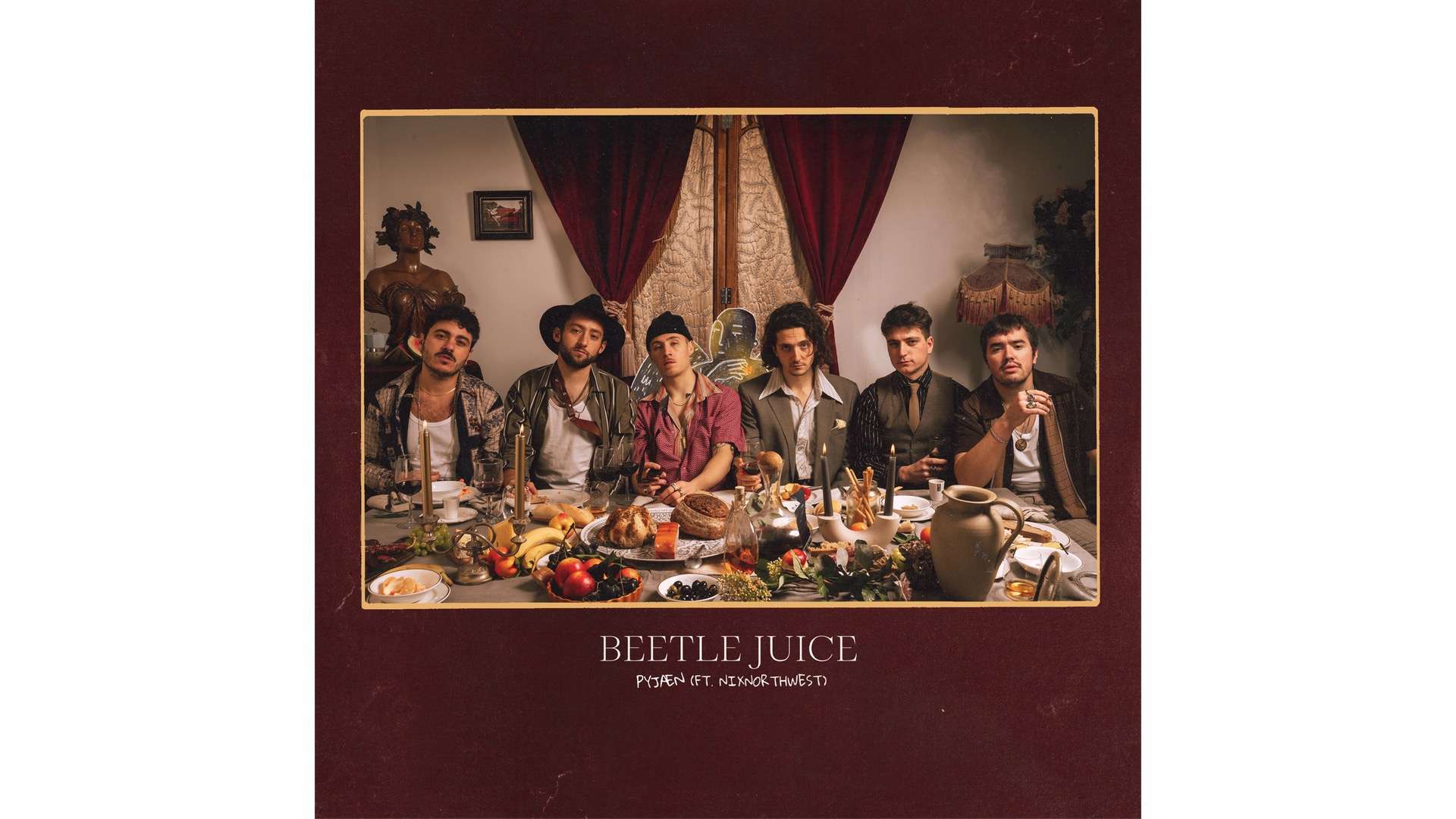 Where would be your dream venue to perform these songs in?

A dream venue of ours would be somewhere like Koko or The Roundhouse, as we absolutely love playing to big crowds but still keeping it fairly intimate. Huge venues like O2 don’t appeal to us, mostly as we can’t connect with the crowd nearly as intimately (but if we get the 02 call, we’ll be there in no time of course!)

After what’s been a fairly monotonous year, where have you been finding your inspiration for writing music from, if anywhere?

This year has been a real blow to the music industry, but strangely the isolation has brought out quite a lot of creative flow for most of us in the band. We haven’t written this many tunes in such a short space of time ever! All the tunes on the album were written by us at some point last year, and the isolation has really allowed us to use the time to create more music on a personal level.

What is it about your music that you hope resonates with people?

We love writing and performing music. We’ve never been able to compose, record and perfect an album like this upcoming one. Hopefully the love that we’ve put into this album can come across to our listeners!

If you could play any instrument (that you can’t already play!) what would it be and why?

Ben Vize (sax player): I’ve always wanted to play the guitar. I’m a huge fan of metal and jazz fusion, both which utilise the guitar to the extreme! I wish I could have the power a distorted electric guitar has…

Ben Crane (bass player): Piano because it is the perfect fusion of rhythm, harmony and melody.

We’ll be releasing a few more singles until the album drops. We’ll then tour the album in the UK and Europe, whilst continuing our mission to blend genres and collaborate.

‘Beetle Juice’ is out now on DeepMatter Records, with album ‘Feast’ landing on 10th September. Buy/pre-order below!