We catch up with Rhythm Lab Records for the final instalment of their ‘giRLs’ series – sugary sweet electro bop ‘Jaded’, by Manchester-based singer Martha Pryer and our very own NIIX! This cherry sweet rejection of a love with nothing to offer sees the girls bring their different styles to the table, creating a playful dance record harkening to the self aware bubble-gum sounds of Rina Sawayama and Charli XCX, but with a shadowy detour. We chat with the pair to find out more about their process, influences and more… 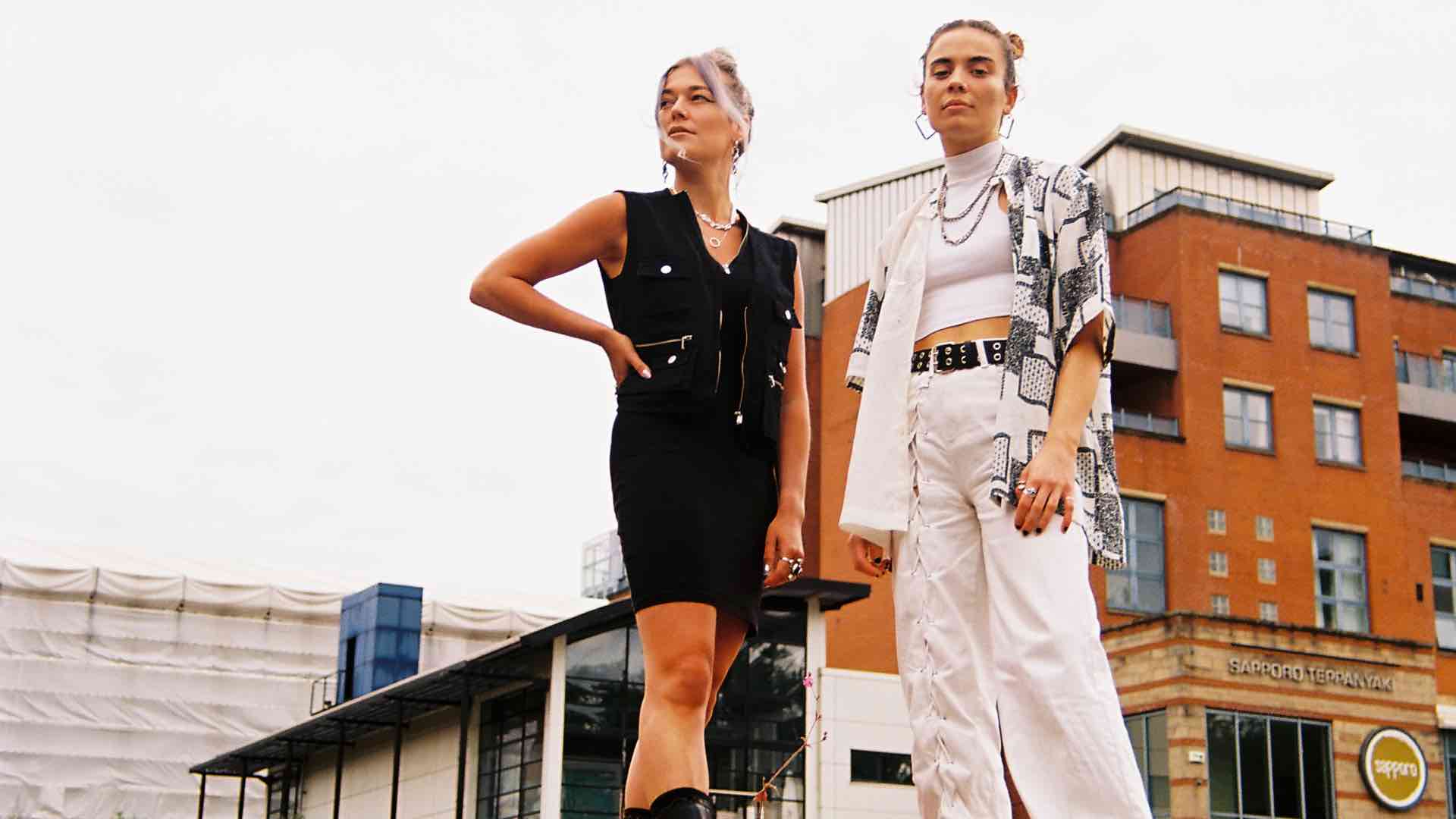 Hi NIIX x Martha Pryer, ‘Jaded’ is a tuneee! Can you tell us a bit more about the ideas and music styles behind it?

N: Ah thank you! Jaded was interesting to make because Martha and I’s own musical styles are quite different, so we started by making a collaborative playlist of tunes we were currently digging. We found a nice middle ground with the likes of Jorja Smith and Låpsley, inspiring a fusion of neo-soul and electronica.

M: Thank you so much! Yeah as NIIX said, it was an interesting process to create this due to our different styles and interests/sounds. I had never heard NIIX’s music before, but once we were paired up I had a listen through her tracks and was hella inspired to keep with the more electro feel that she creates. After both writing on the track, we came together to interlink the narrative and re-wrote what we had at NIIX’s studio in Liverpool which was real fun.

How did you find the process of working together, given that you had never met before? What’s the best thing you get out of collaboration?

N: It was exciting, but also a bit nerve-wracking collaborating with someone after working solo for so long! Overall though, I really enjoyed taking more of the producer role with Martha on vocals and spoken word. This was interesting because I’ve never worked with another singer’s vocals before! It was super fun to get all of Martha’s takes and mess about with them, and treat them entirely differently to how I would usually treat my own. Once we found our stride we had such a laugh recording and just hanging out, like we’d known each other for ages, which I think is the best thing I got from the collab.

M: I was quite nervous too actually! I had never worked with a female producer before or wrote with one on a track, but I absolutely loved it. It was so nice to chat about our similar funny stories about dating and come together to write this almost ‘anti-love’ song. For me, the best thing that came out was the guidance from NIIX – she was the one who pushed me to do the spoken word as I’ve only recently been trying to incorporate it in my tracks. I’m so glad she did!

Who were you both listening to a lot whilst making ‘Jaded’?

N: I was actually listening to quite a lot of heavy dance stuff haha, so Loraine James’ new LP, the YEAR 0001 – RIFT one VA compilation (basically trance) and Overmono etc. It was good to listen to something completely different (and mainly instrumental) to gain some separation from the music we were making; it acted almost as an aural palette cleanser so my ears were fresh when coming back to the tune.

M: I was listening to Jorja Smith’s new album and had a lot of new-soul in my playlists – Pip Millet, Mahalia, Joy Crookes… A lot of strong female vocals and songwriters who tell stories in their tracks brilliantly.

What’s the most important thing you’ve learnt or gained from being part of the ‘giRLs’ series?

N: It’s been amazing to connect with other like-minded women and gender minorities from different musical backgrounds. It has opened my eyes to a whole community, and reinforced how powerful we are when we stand together and support each other, instead of comparing ourselves to one another.

M: I couldn’t agree with NIIX more! Connecting with other women and gender minorities within the music scene is a gift that keeps on giving. The music scene is a heavily male dominated space so to be given the chance to work on this project was amazing. My voice felt so seen and heard.

Who are the female or non-binary artists/producers/DJs you’re hyped about at the moment? Is there anyone new to the scene we should be watching?

N: Ooph that’s hard – so many are killing it right now! I’m a big fan of Maggie Tra, she’s an Australian producer/DJ currently based in Vietnam and she makes dreamy electronic music fused with traditional instruments. Also shoutouts to people of the North West; Jacinta, Lucy Grey, DaiSu, Mystique (the list goes on!)

M: I mean there are so many wonderful female and non-binary artists in the Manchester scene alone – Nxdia, Nina Cobham, Akemi are three wonderful singers/songwriters who are up and coming in manny and are not ones to miss. Emma Rose and aalice are some great female DJs to check out too! 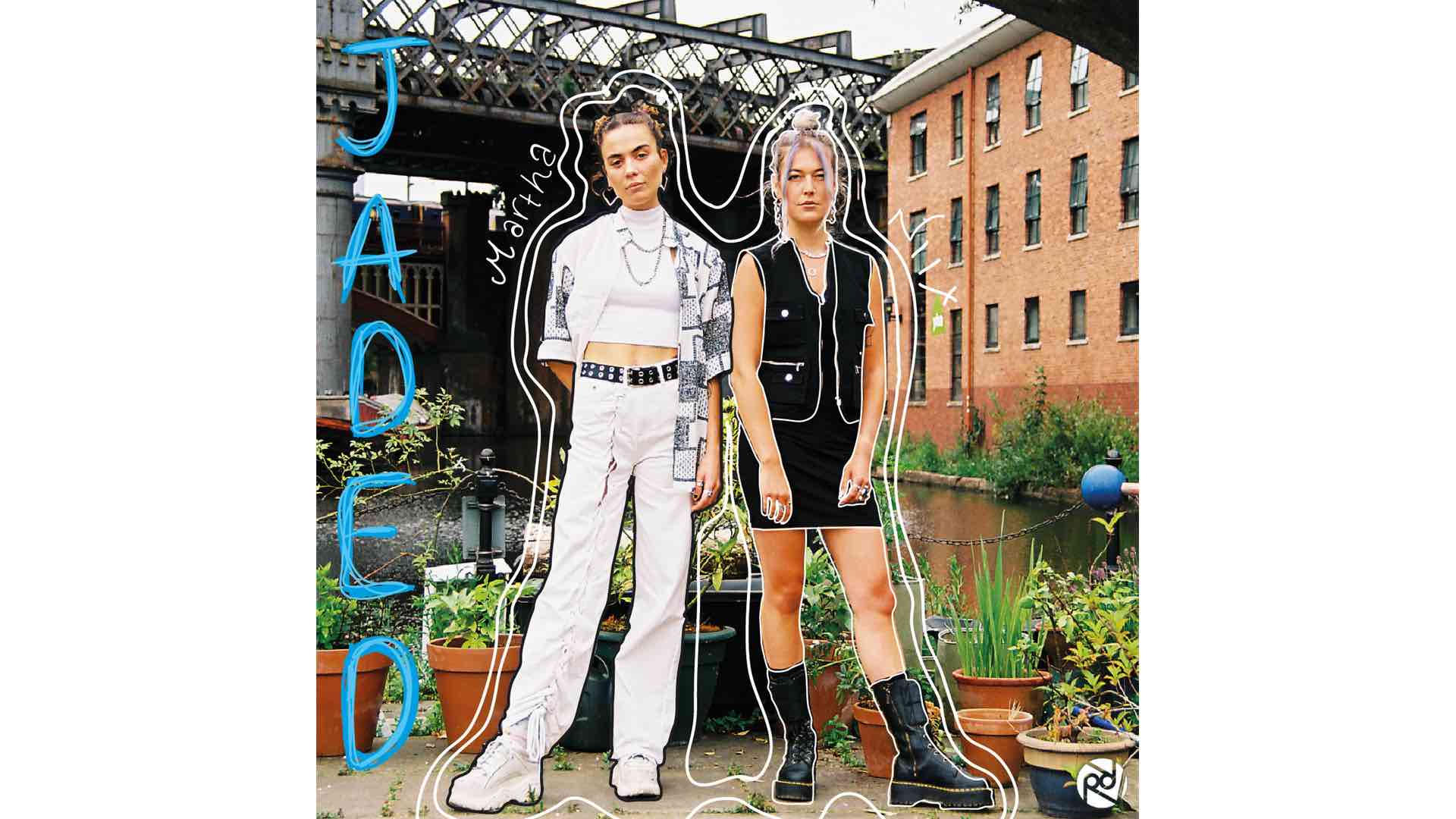 How do you hope the music industry will have changed in 5 years time?

N: Genuine representation for minority groups, without tokenism. More gender minority producers and promoters to the front, as well as behind the scenes on sound engineering, lighting, songwriters etc.etc. the list goes on! There’s literally no excuse for your all-cis-white-male line-ups anymore.

M: I genuinely hope to see more female and non-binary producers taking over the scene!

Who would be your dream artist(s) to collaborate with?

Do you have any advice for other ciswomen, transwomen and non-binary people looking to get into music production?

N: Just keep going! Trust yourself, you can do it, even if at times you feel like you’re getting nowhere. You’re learning all the time just through listening. And collaborate with other people – it’s amazing how much I learnt from peering over someone’s shoulder at their laptop instead of scrolling through endless YouTube tutorials…

M: Asking people for help! It’s mad how much pride we all have to get things right but honestly there’s so many people out there who would love to help teach their craft. Also, don’t be afraid to get it wrong or judge anything you’ve made in the past – at that point in time it was the best you could do and use it to see how much you’ve improved, not as a point of embarrassment 🙂

N: I have a cat called Wilson.

N: I’m currently enjoying a bit of downtime following a crazy busy few months releasing my debut EP ‘I’ and then ‘Jaded’. But writing new material is keeping me busy, alongside some exciting live and DJ gigs coming up over the next few months!

M: I’m finishing up my next single – currently about to start the music video for that this month! And then I’m just working towards my first EP ‘plans’, which I’m super excited to share as it’s quite different to most of my released stuff.

‘Jaded’ is part of wider compilation ‘giRLs’, out now on Rhythm Lab Records – check it out below!