This time, we sit down with our good friend and Kickback Culture radio host, iamkyami! From music making, radio presenting, content creating and even more, there’s nothing stopping this lil miss and this time, she’s fresh from releasing brand new single ‘Dead Plants’ alongside Faith Jones and VJDAMUSICMAN. 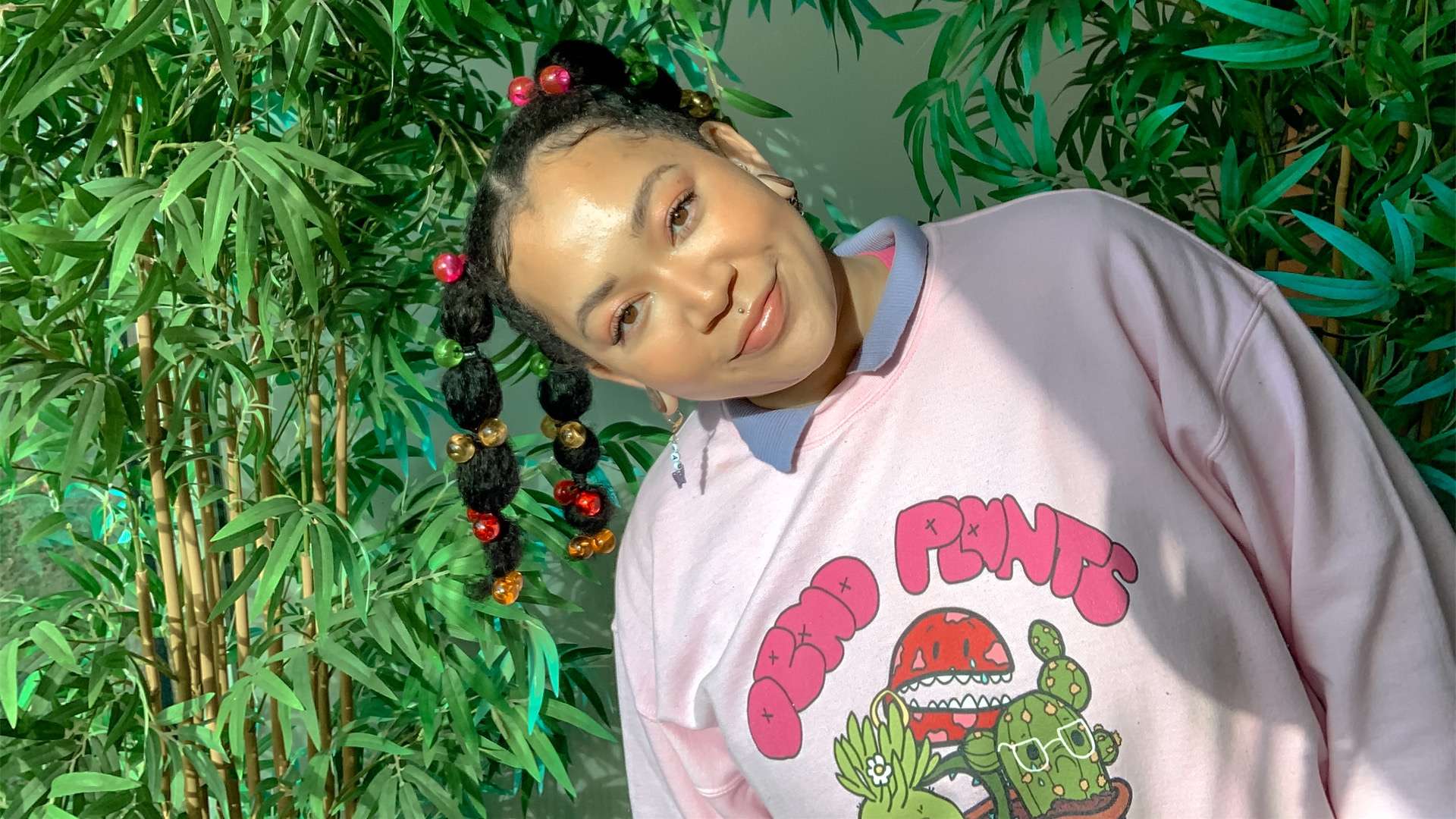 Dead Plants refers to toxic people, which really makes a lot of sense! I didn’t come up with the title but the chorus came from a quote VJ saw on Instagram. I thought that was really funny and innovative.

How did the three-way collaboration with Faith Jones & VJDAMUSICMAN come about? Did working as a three alter your usual writing process?

VJ DMed me on Instagram saying how much he liked my song ‘Slow Down’ ft Sonny Miles, who is another artist from his area. I didn’t have very much to do at the time so I agreed to work with them as a way of exploring a new creative practice. I didn’t write very much of the song beyond my verse and some of the chorus, but I worked on adding layers to the existing production to make it what it is today. I was happy to explore this route of my practice because I rarely ever get asked to produce on songs. Most of the melody and basic rhythm sections already existed (groove, bass and keys) and I went in and added some extra flares, some brass, strings and other elements that gave the track some more dynamics.

Not being physically together, how did the three of you bounce ideas off each other along the way? Was it a difficult process?

We agreed to Facetime every few weeks to catch up, speak about our release plan, how the song was sounding, etc. so it wasn’t really that hard. We all were committed to finishing the track so it wasn’t a battle to try and get everyone together at the same time. Of course, they’re from North Carolina so the time difference is big but we made it work in the end!

This is an interesting question… I don’t think there were many artists I was listening to that had a similar sound, but I tried to channel the sort of sound that Tiana Major9 has in her earlier tracks. For me, I could already hear a lot of what was missing in the production so it wasn’t hard to add layers and produce around the vocals that were already there.

I created the artwork myself, as I usually do with my own releases. When I was making the artwork, I was trying to capture the essence of our personalities within the plants that represented each artist. Sometimes I create things without consciously knowing what it really means, but I’ve recently realised that the plants do oddly represent us in different ways. I’ve also released some super comfy n cute merch to go alongside it, including t-shirts, jumpers, hoodies and prints in a few different colors that are available now on my website! 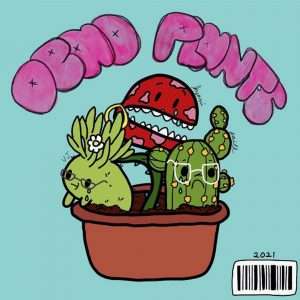 Lockdown life has been tough at times… When you’re having a bad day, what do you do to make yourself feel better?

I think all three lockdowns really took a toll on me mentally, but the biggest mental escape I’ve had is playing video games. I loved Animal Crossing as a kid and teenager, so when Animal Crossing New Horizon came out I got the limited edition ACNH Nintendo Switch console that came with the game. I’ve logged over 500 hours on my island and am constantly changing it. It’s such a fun and relaxing game!

After buying a Switch I’ve also played Little Nightmares, Deponia Mario vs Rabbids and Mario 3D World to name a few. I’m currently getting lost in one of the best open world games I’ve ever played – The Legend of Zelda: Breath of the Wild. 10/10! Other than that, I like taking baths while watching Netflix, drawing, painting my nails and recently I’ve been making little polymer clay sculptures, which is super relaxing.

With life feeling fairly monotonous at the moment, where have you been finding your inspiration for writing music from, if anywhere?

It’s hard to say really. I think this time has brought up a lot of suppressed emotions and memories, so I’ve been writing from that sort of pain. My next single (coming out in May) is quite positive lyrically, but it comes from understanding that sometimes you just need to let go. Let go of people you thought were your friends, let go of the hurt other people inflicted onto you, let go of vicious circles that you keep repeating and realise that there’s more to the bigger picture…

I think the type of music I’m making right now will surprise a lot of people, as it’s not the typical ‘RnB/neo-soul’ flavour that keeps being imposing on me as an artist. I wasn’t making as much music as I possibly could have before the pandemic, because I felt limited by that label – I’m proud to now step out of that box. It’s made me realise that I don’t need to care about what other people think. As long as what I make moves me, I can be happy in putting it out into the world and I wasn’t doing that before.

What was the last musical instrument you acquired/learned?

Does DJ equipment count? I’ve been learning how to DJ/what my flavour is as a DJ for a little while now. Admittedly, before last week I hadn’t touched my decks in over 4 months but a lot has been going on so I forgive myself for my lack of practice. DJing is really fun and I’ve been asked to do a few bits and bobs coming up, so that’s really exciting. Other than that, what I wish I had taken up during this time is bass guitar! I love a fat bass line and mostly use synths to write them but nothing is as good as a slapping bass on a track. It’s definitely something I’m looking to master in years to come.

People definitely don’t know about the kind of music I listen to and in turn, create in my downtime. I’ve started making whacky sounding tracks just to explore what goes on in my head and not trying to make it sound like anything. I think as a Black person in music, even though I’m also half Japanese, I get lumped into having to be this RnB singer and that rhetoric is so TIRED. Like, why can’t I be an indie pop star or a hyperpop producer or a J-pop writer? People don’t expect or even consider that that is something I do and haven’t put it out into the world. At the same time, there’s a part of me that is still holding back but I’m working on releasing that grip on normality and existing in my own world.

Who really knows! Anyone that knows me knows that I’m always moving a thousand miles a minute. One day I might be announcing a DJ set at a massive festival, then the next day I might be presenting a programme on TV, and then the next day I might be curating a fashion show! Right now, my focus is really on music. It’s important I get these tracks out so I can prove to myself that 1) I can do what I’m setting my mind to, and 2) I can be successful by being authentic to myself. There will always be random bits in between but that’s what I enjoy about my journey. I don’t limit myself to just doing music, I can be and do so much more. I don’t think I’ve fully tapped in to my real potential but that comes with years of trauma, depression and anxiety so I’m still, and always will be, working on myself.

‘Dead Plants’ is out now – stream and buy here.