Ahead of their Rollover show on Melodic Distraction this Saturday, we sit down with Liverpool-based DJ, radio presenter and all-round queer icon, Dobbs! With a Reprezent residency and sets at the likes of Keep Hush and Boiler Room under their belt, Dobbs shows no signs of stopping. We find out more blow… 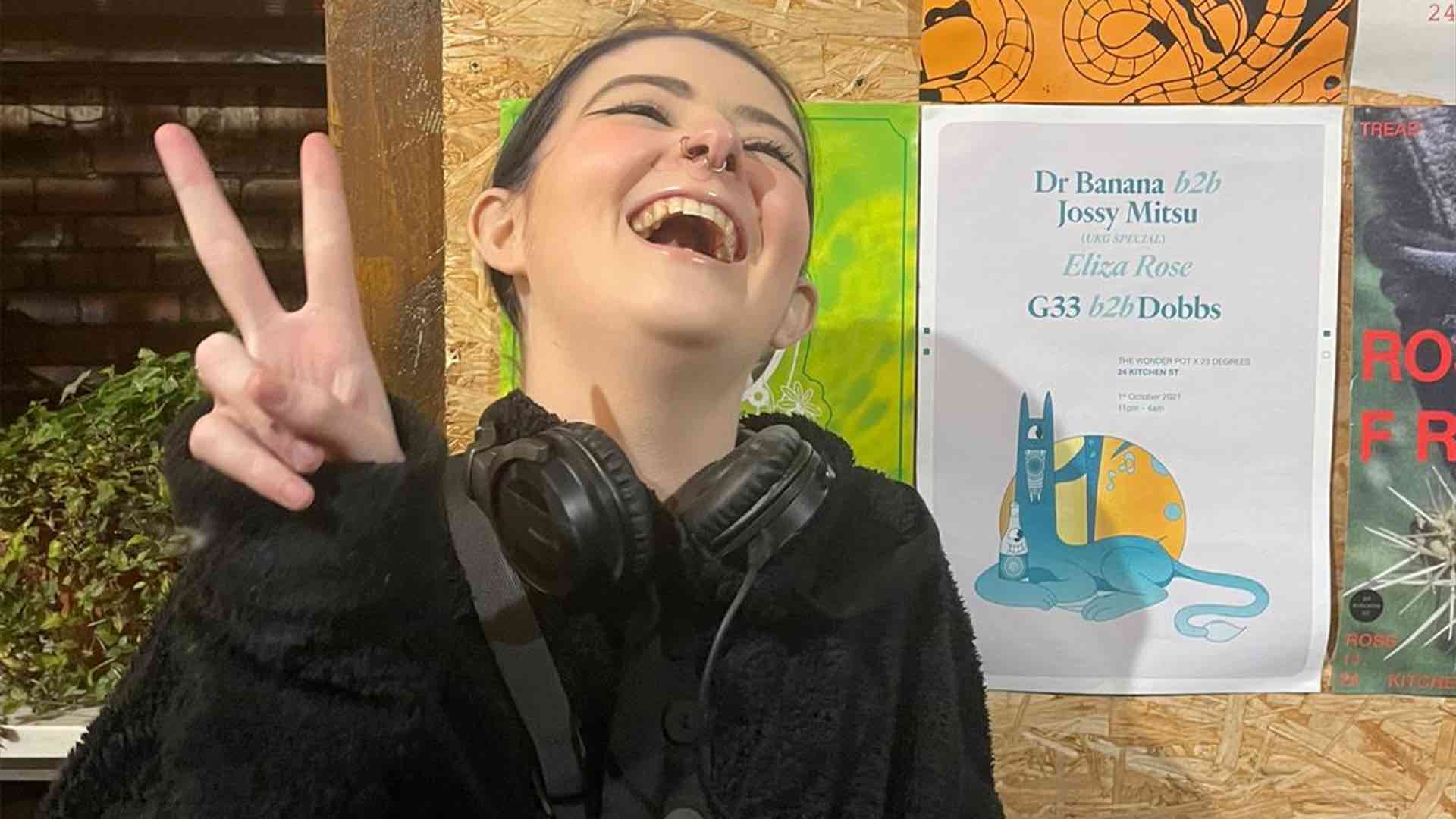 Hi Dobbs! We’re super excited for your Rollover show this weekend. Can you tell us a bit more about how you first got into music?

Hi Melodic Distraction! Of course! I first got into music at a really young age as my dad loves music too. He used to DJ in his spare time, so I used to sit amongst his records and just watch him as a kid. I’d say I properly got into music when I first started doing community radio at 15 and became a part of the golden soundcloud era in 2011/2012.

We’ve certainly had lots of fun watching you shell out at the likes of 24 Kitchen Street and District! But what other sides of your musical tastes can we expect to hear over our breakie on Saturday?

Ahaha thank you! I’d say to expect a lot of neo-soul, some emo/punk, a lot of hyper-pop and some throwbacks, as well as what you would usually hear from me. It’s a nice little playlist I have for you all on Saturday and I really thought about how I wanted it to tell a story of a typical Saturday morning for me and how that’s soundtracked. I’m also proud that the playlist is all pretty much women & LGBTQ+ folk too.

Does your role as radio producer for Reprezent Radio have an impact on your own musical tastes? If so, how?

It does quite a bit because even if it’s something that’s not exactly to my taste, it’s interesting to see why it’s so loved and the history and culture behind the song/genre. It’s definitely made me appreciate all different types of music in a new way.

As a queer member of the music scene, can you tell us about some challenges you may have faced during your career so far and how you have overcome them?

I’ve struggled quite a bit with my gender identity and I don’t think the music industry has really helped that. I always felt quite pressured to be quite hyper feminine to the point of uncomfortability because that’s what I’ve always been told, joining the music industry at such a young age, to try and get more attention and more opportunities. Don’t get me wrong, I love to dress up and I love to blur the lines between gender, but I’m not compromising myself anymore for anyone.

You’ve DJed at the likes of Boiler Room and Keep Hush, with an upcoming show at 24KS with DjRUM and Kessler! What’s been your favourite gig to date? Dream party to play at?

Ahh I’m so excited for the DjRUM & Kessler gig! I have a lot of fave gigs, but the two I’m most proud of are selling out Electric Brixton with 6 Figure Gang alongside the legend DJ Storm and icons Sicara Sound. It was a defining moment of my career for me and I think it made people realise that male DJs aren’t the only ones who can sell out these huge, 1000+ capacity venues! Also Return To Rave 0 at 24 Kitchen Street because it was the first rave back after lockdown restrictions were lifted, but it was also my first gig in Liverpool and the love I felt in the crowd just made it so special. I would love to play Warehouse Project one day, but I also just wanna play at as many queer parties as I can because that’s where the real party is at, always!

What was it like being a part of DJ supergroup 6 Figure Gang? What was the most valuable thing you learnt from being part of such a collective?

It was a dream come true. I loved every moment, party, radio show. It taught me the value of community and showing up for those you love, doing what you love because you love it and not for fame, success or money. It was such a genuine connection that we all had and I think that’s why it became as massive as it did. I think a lot of the time as musicians, artists, producers, DJs etc, we’re always so on edge thinking about those three things. Especially as we’ve been told and told every day that our work isn’t viable and to achieve fame, success and money is such a gate-kept secret that only those with certain privileges, such as being white, male, cisgendered etc, can attain those goals.

Relocating to Liverpool from London, what differences have you noticed within the local scenes? Any similarities?

I noticed in Liverpool that the crowd is more up for being in the moment and having fun in the dance and not being afraid to be silly, which is me all over and I guess why I felt isolated from London audiences at times. I think that’s the way raves should be – if you’re going to a rave just to be seen at that rave, then what’s the point? What are you trying to prove?

Are there any up and coming artists/producers/DJs you’ve got on your radar at the moment?

Always! I love what DJ Soyboi is doing at the moment and watching their journey is so exciting to me. I also have a lot of Nia Archives on repeat too, I think she’s the next big thing within Jungle & Drum n Bass and I can’t wait to see her progression too!

Ahhh the last record I bought was…. According to Bandcamp, UNIIQU3 – Heartbeats project!

Lots of DJ gigs, which I’m really excited about and will be telling you all at a later date. Finishing uni screaming, crying and kicking lol. I wanna start doing some performances in my Drag King persona too, I already have a bit that includes some Arctic Monkeys so keep an eye out for that! That’s about it – I’m pretty open to going with the flow and seeing where and what projects call to me!

Join Dobbs for Rollover this Saturday, 10:00 – 12:00 and get tickets for DjRUM and Kessler here. In the meantime, check out their previous guest show on Melodic Distraction below!