This time, we chat with Scouse wordsmith/beatmaker and MDR guest host, Derrick Nenzo! Now based in Leeds, Derrick brings a new, alternative sound to the local rap scene, with lyrics surrounding mental health and self-produced instrumentals that create a dystopian soundscape. Following a debut project that racked up over a million plays across streaming platforms, we find out more about his new LP ‘…and other creepy crawlies pt. I’ and what’s in store for pt.II… 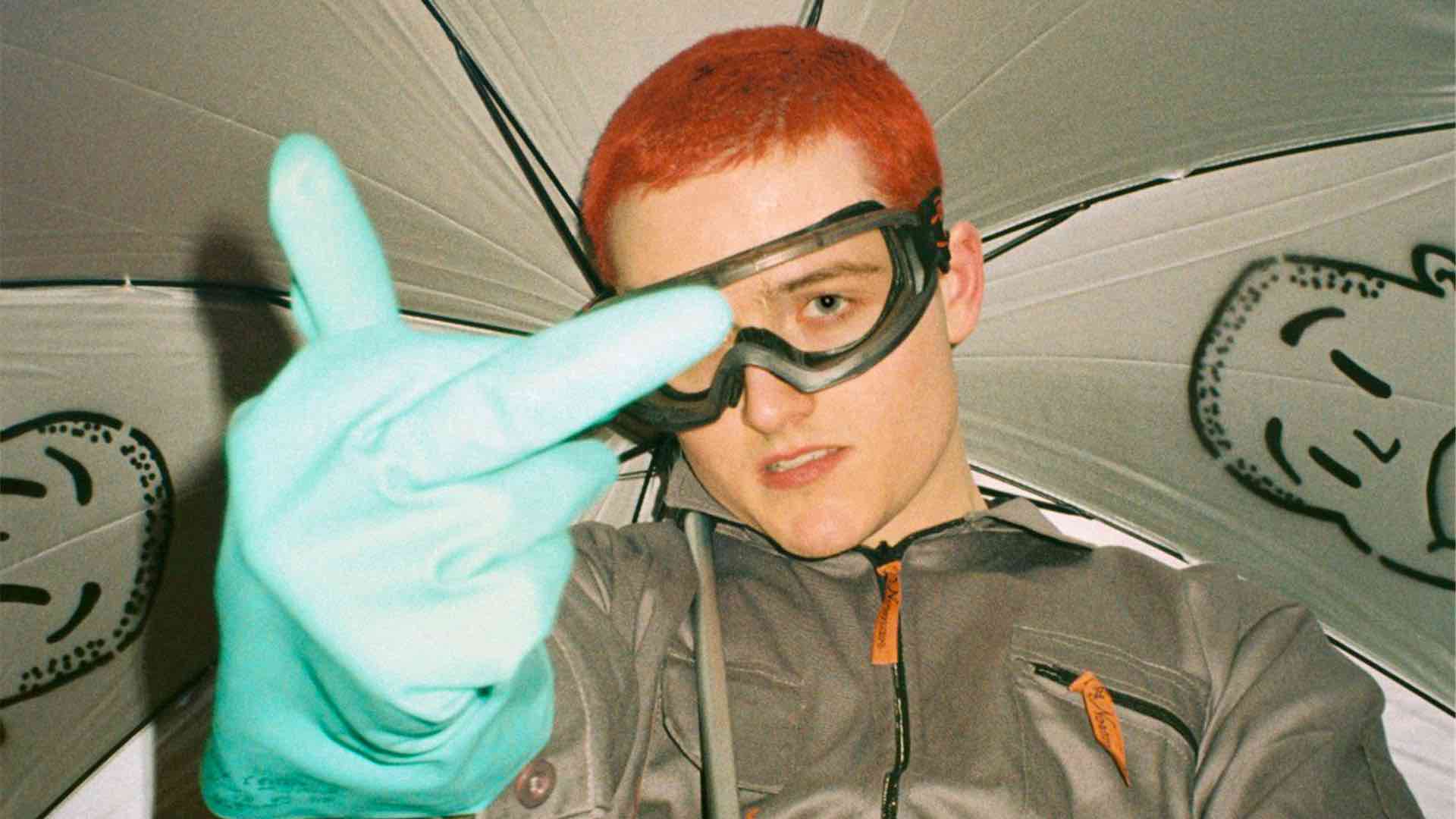 Hi Derrick, we’re loving ‘…and other creepy crawlies pt.I’. Can you tell us a bit more about the process of making the album?

Yes! Being fully independent still, a lot of my time was spent bouncing between different places I could get work done, including a home studio/recording booth, uni halls, friends houses etc… Pretty much anywhere I could plug my laptop in and zone out from the world. Vocals were recorded using mattresses as sound insulation and a lot of decent songs were thrown away or shelved because they just didn’t match the theme of the project 🙁

Who were you listening to a lot during that time?

Errr, like anyone, I go through phases. I’d say I drew a lot of inspiration from the likes of Brockhampton, Slowthai, Kid Cudi, Amine and the lesser known REI AMI.

What different themes does the LP explore?

I think having too much of a fixed vision too early can limit the creativity of a project. But looking back on part 1 and forward to part 2, the project explores topics of deteriorating mental health across the track-list, with part 2 becoming more angry and sporadic compared to part 1.

The project comes full circle in part 2 to tell a storyline of my mental state getting worse, reflecting a two year time period of when I felt very alone. Another thing I recently noticed is my fixation on disaster; I often have nightmares of natural disasters, wars and other tragedies that reflect in all angles of my art, including the artwork of this project.

What can we expect from ‘…and other creepy crawlies pt.II’? Has the sound evolved much?

I won’t speak too much on specifics, but I really feel like I’ve unlocked the next step in popular music and the world just hasn’t heard it yet. The main objective right now is getting ears on my music. Obviously I’m still working, but the whole sound of part 2 is just something you haven’t heard before. Very cash money indeed.

Now based in Leeds, how do you find the music scene there? Do your surroundings have much of an impact on the music you make?

Hyde Park in Leeds is VERY student dense. There’s beautiful, artsy people everywhere and a lot of the time it feels like a fashion show on your doorstep. I think being surrounded by this environment gives you a kick up the ass to shift gears and create work that stands out amongst the crowd. The music scene is the polar opposite to Liverpool, with my type of music feeling more embraced. I love Liverpool and am a proud scouser, but there isn’t a massive scene for rap, let alone the alternative sewer monster sounds that are coming out of my laptop recently. 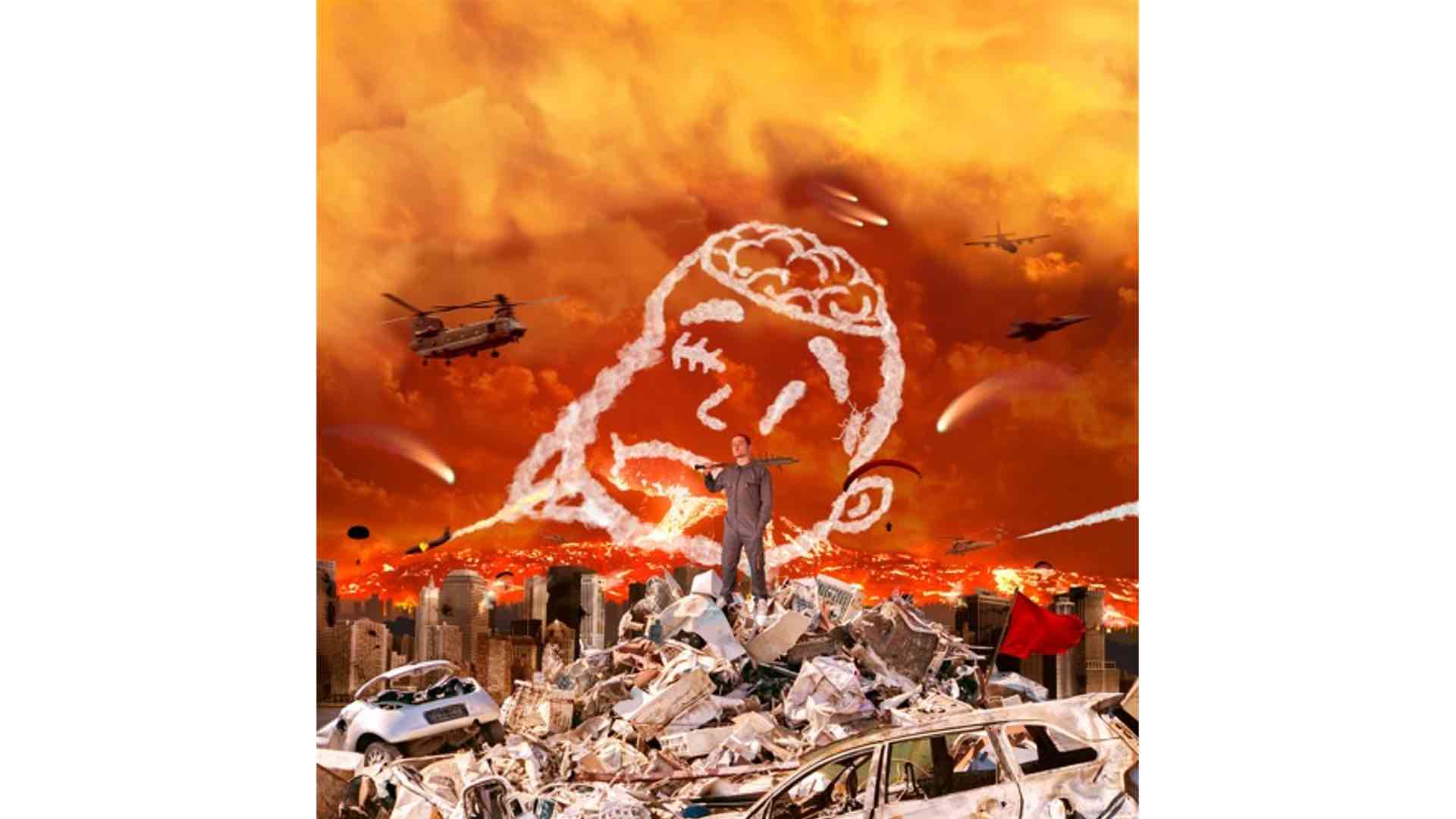 The artwork is also striking – what are the ideas behind it? Are visuals important to you?

My fixation on the end of the world really influenced the final piece I came out with. I’m massive on visuals and think it can be the factor that makes or breaks an artist. I’m still experimenting as an artist and developing my look and sound, which is probably not hard to see based on my social media. I change my hair a lot…

Who would be your dream artist to support?

What’s one thing people may not know about you as an artist?

I do everything: beats, vocals, engineering, artwork, promotion, shows, etc… With that said, I’m looking for help from dedicated people who want to win. Hmu.

Are there any upcoming artists you’ve got on your radar at the moment?

Yeah, let me think… Beth Mia, who featured on ‘good day to die’ off part 1. She’s an incredible talent and friend of mine. Also a young American lad called Overpade, he’s really pushing that hyperpop sound at the moment, similar vibes to Pink Pantheress.

Part 2 baby! I’m working hard on that at the moment, alongside the promotion for part 1. I’m getting live shows booked, doing open mics and putting my face in every place I think can help my chance of breaking by 0.00001%.

‘…and other creepy crawlies pt.I’ is available everywhere now – check it out below!