This week we chat with sound artist, field recordist and multi-instrumentalist Blanket Swimming! Mississippi-raised but currently based in Cork, Blanket Swimming combines a pallet of sounds that interpret his personal experiences dealing with spirituality, human emotion. He’s just released ‘Arioso’ on Decaying Spheres, a two-part exploration into loop-based composition recorded in Winter in Cork. The pieces were built upon fragments of a string quartet’s performance of an arioso, breathing new life into mostly forgotten melodies. We dive into his super interesting process, the effect of his surroundings and much more… 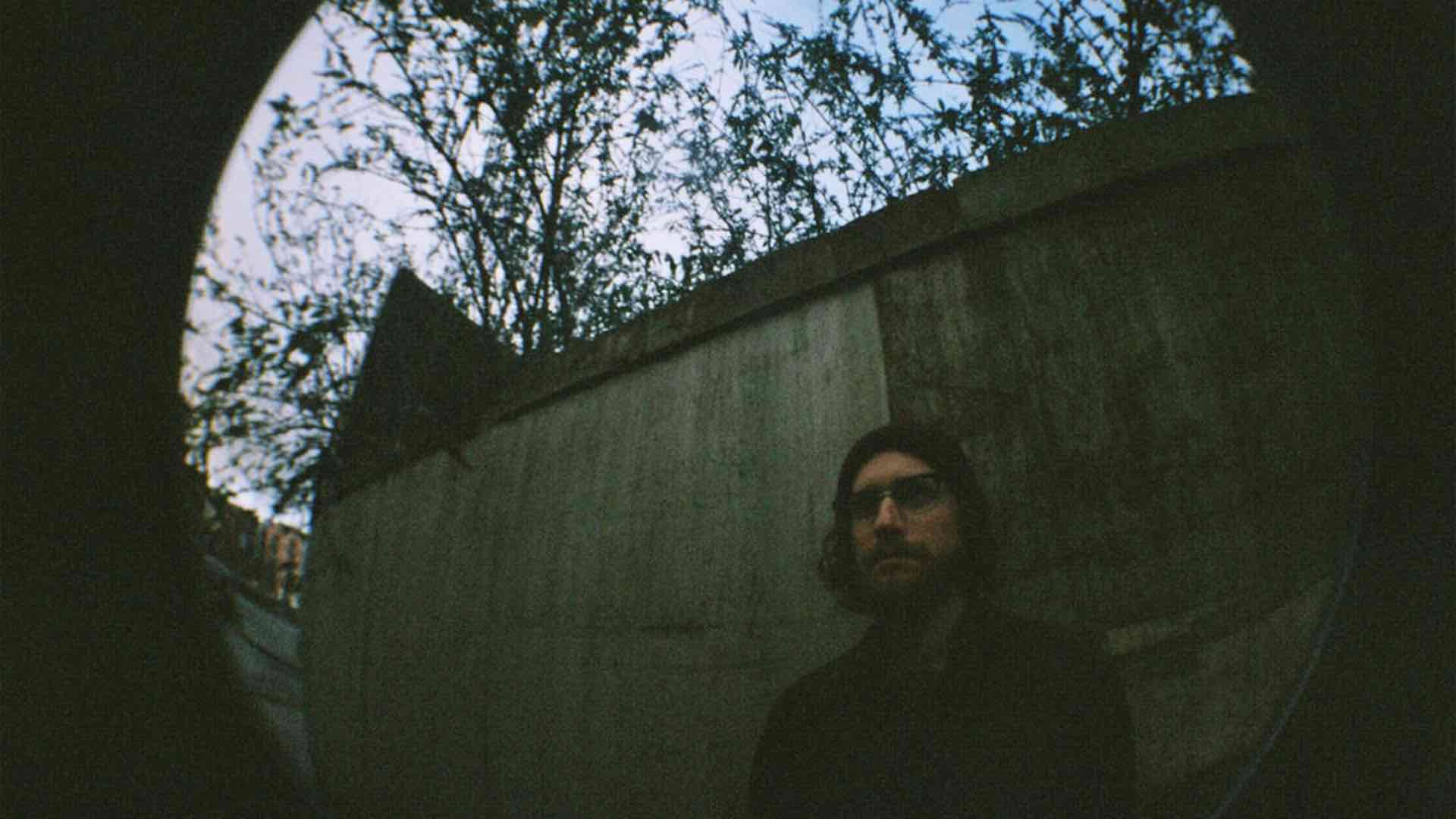 Hi Nicholas – we’re entranced by your two-part record, ‘Arioso’. Can you tell us a bit about how it was made?

Hello! ‘Arioso’ was made using fragments of a string quartet’s rendition of a classical arioso piece. The fragments were then formed into loops and subjected to various processes of manipulation. Compositionally, the album draws much inspiration from early minimalism, such as the work of Steve Reich, in that it makes use of a single phrase that is then played, offset, against itself. No tape loops or phasing tricks were involved in the production, simply digital processing and layering. Each piece consists of one phrase and its duplicate, reversed phrase played against each other and offset to create unique interferences, textures, and swells.

Perhaps this can be summed up in a description I wrote for my 2019 record ‘Perpetual Seeds for Fleeting Time’ and that is: “a fluid stream of expressionistic soundwaves.” Other descriptors that come to mind: quiet, hazy, swirling, melancholic, dense… However, while these might hint at the characteristics and intent behind the music, I think the best description lies in the experientiality of the moment of listening.

What made you choose the original Arioso as the basis for the two tracks?

My sound is constantly evolving as I experiment with different techniques, approaches and ideas. Lately, I’ve been fascinated with the possibilities of loop-based composition. With each repetition of a loop our perception of the music shifts. In my view, a piece of music can never be experienced/heard the same way twice, since our present circumstances are in a constant state of flux. For me, loop-based music is a great way to explore this phenomenon because it presents the illusion of something cyclical, going round and round, repeating itself exactly. However, this is not the case. Loops are linear, or perhaps helical. They “repeat” but are constantly changing in relation to our subjective perceptual shifts in the passage of time. I have also lately become fascinated with the idea of recycling material, taking old recordings and creating something completely new from them, breathing new life and form into something that could potentially have been discarded and forgotten. These two fascinations combined (loops and recycling), formed the inspiration that caused me to use the arioso recordings. I wished to take these old recordings and create something new with them, while simultaneously exploring the loop/perceptual phenomenon I just described.

Which artists have you been listening to a lot whilst making it?

Back during the winter, when I recorded this material, I had just received tapes from Mahorka and Rusted Tone Recordings so I was listening to those a lot. These included albums from artists such as Winterwood, Pedro Maras, Austin Rockman, Andrew Lang and DR. Also, I was being introduced to the music of my good friend, Jonathan Deasy aka Quiet Clapping. His tape ‘Radiance’ was on constant repeat. I was also listening to more experimental classics, such as Christian Marclay’s ‘Records ‘81-’89’ and a fair share of Alvin Lucier.

Your work touches on spirituality, human emotion, and presence. How do you use music to incorporate these ideas?

It comes pretty naturally I’d say. I don’t  consciously sit down and think “okay, now I’m going to try and make a piece that attempts to convey such and such idea or emotion…” The way I incorporate these ideas is simply by letting whatever I’m experiencing at the moment of conception spill fully into the music itself. How this happens exactly, I don’t really know. It’s a sort of stream-of-consciousness approach to production I guess. Then, while listening back to what I’ve made additional layers often make themselves apparent. I’ll start to notice themes that arise which I then develop to hone in the final work. 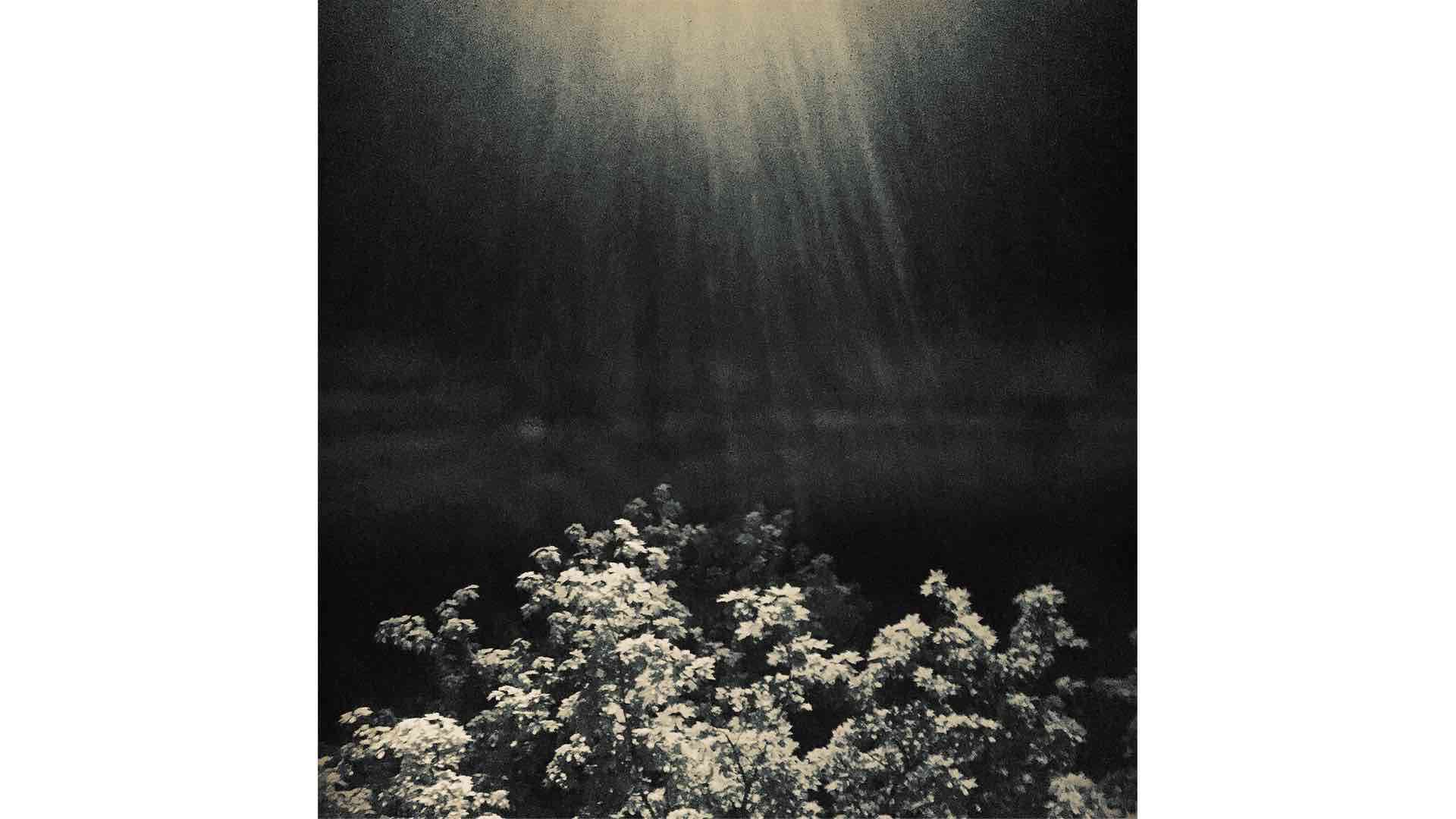 Originally from Mississippi and now residing in Cork, do your surroundings have an impact on the music you make? Are there any notable differences between the two places?

Definitely. Everything in my life has an impact one way or another on the music that I make, especially the physical environment. I often use field recordings in my work, which of course stem directly from the environment around me. These recordings will often guide a piece in a particular direction. Also, being in Cork, immersed in a culture other than my native one, surrounded by a new group of people and a new landscape to explore, I think has been a wellspring for inspiration and for exploring new sonic territories.

What kind of emotions do you hope to invoke in the listener with the tracks?

Whichever ones may arise within the listeners! I have no particular mindset or emotion I’m trying to instill, I just sincerely hope that they listen and fully experience whatever it is that comes up for them. Sure, as the author my own emotions played a part in creating the audio, but that’s just me. How people react to what I’ve created will be unique to them which is one of the great things about any form of art. Perhaps, though, a tinge of mystery will be invoked with ‘Arioso’…

Where would be your dream venue to perform them in?
Hmm, a planetarium would be interesting.

What instruments can you play? Do you have a favourite or one you’d like to learn?

The guitar is my primary instrument and the one I have played for the longest time. Next from that would be the trombone, bass guitar, and the plethora of electronic gadgets and synthesizers I have acquired over the years… My favorite lately has been my portable field recorder (I’d certainly consider this an instrument). The possibilities of using environmental sound matter as compositional source material is limitless and fascinating to me. I would love to learn the Tar (Iranian classical instrument) as I’ve always been drawn to its sound.

As Blanket Swimming, I have tapes on Mahorka and Sensory Leakage coming out later this year, as well as several new works that will be released exclusively on my Bandcamp page. One of these is a synth-heavy, moody ambient record that my friend and poet, Cole Beaune, is currently writing accompanying poetry for.

I also create works under my given name, Nicholas Maloney. These works are more experimental and rely heavily on environmental sound. I have an album that I’m working on for the label Unfathomless that is a series of sonic compositions that use environmental sound and improvisations with natural objects in an area around the Port of Cork.

I also have a tape coming soon on the UK label Small Worm (spearheaded by the phenomenal noise artist James Shearman) and a 3inch CDr coming out on perhaps my favorite new label, Modern Concern, run by the Chicago sound artist Andy Klingensmith (who I collaborate with as Knowth). I am also currently working on a series of photographs and accompanying sound pieces that will be released in book format via Warm Milk Publishing, the art/poetry print offshoot of the netlabel Warm Milk Recordings that I curate.

‘Arioso’ by Blanket Swimming is out now on Decaying Spheres – support below!