We’re super excited to chat with Andy Ash about his full length release ‘Not At Home’, a fantastic DLP with 6 songs that showcase how much he has mastered his craft while staying true to his roots. Out now on Still Music, we find out more about the release as well as diving into Andy’s prolific career, which has seen him release critically acclaimed House and Disco 12”s on Delusions of Grandeur, Dessous, People Must Jam and many more! 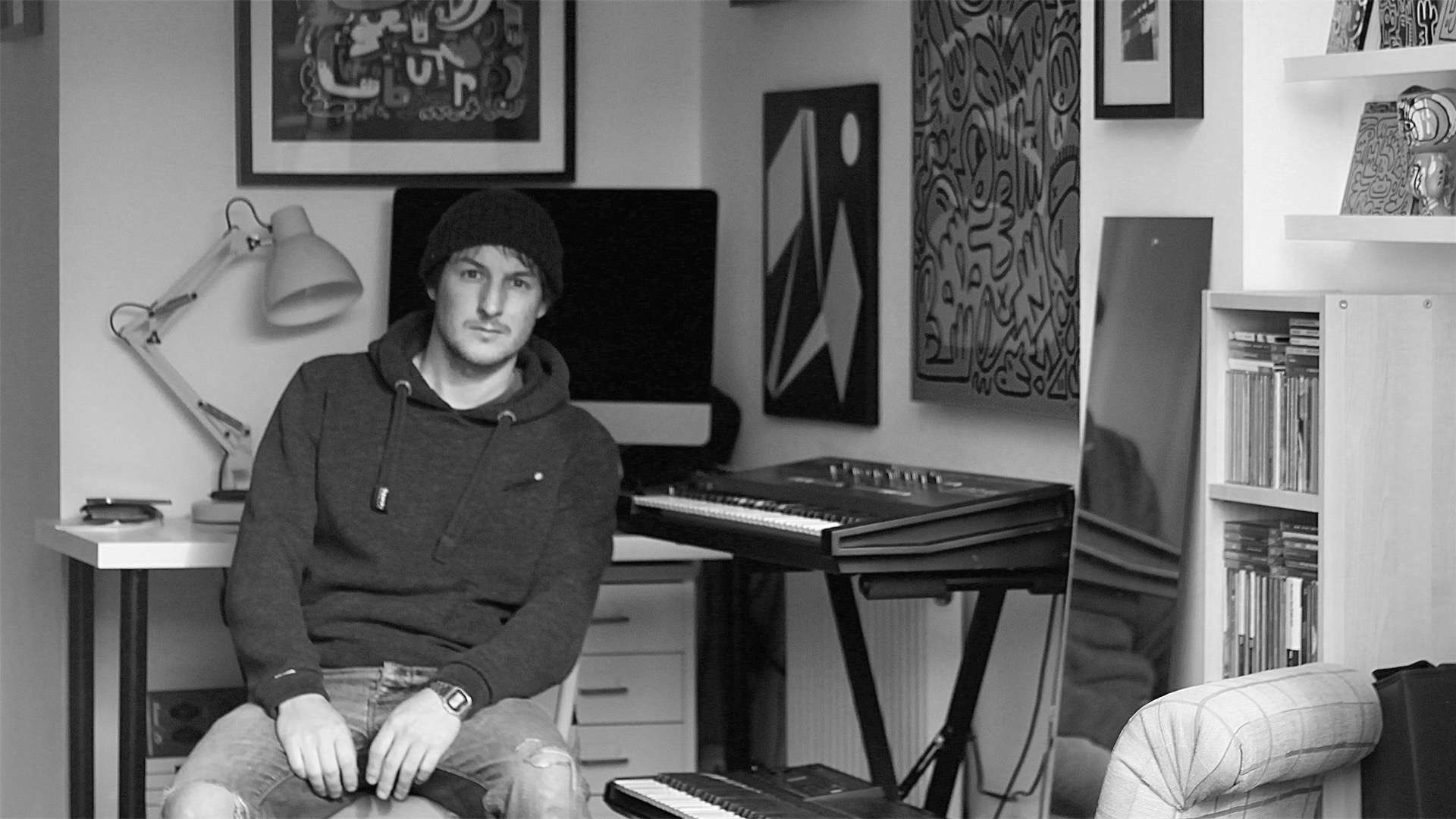 Hi Andy! Hope you’re well. We’ve been loving your brand-new album, ‘Not At Home’. Where did the inspiration for the album title come from? Was this a deliberately ironic title given the current climate?

I always find it really hard to give things titles, so the name just sort of came into my head and I liked it. I guess I was initially thinking of it kind of like when you are really tired and someone tries to speak to you and it’s a bit like ‘no one’s home right now’ – that probably sounds a bit random. Your suggestion about the title is much better; I think I’ll use that from now on!

That’s really hard to say because all of the tracks were made over a period of about two or three years. So, a big mixture of everything – jazz through to techno and everything in-between! One thing I would say is that I was really inspired by the music my friend Pooky plays on his amazing sound system (Bonsai Hi-Fi). I would arrive home after one of his nights and sit in my studio until the early hours of the morning – quite a few of the tracks on here were started like that! I’m looking forward to that again.

What inspired the Detroit, Chicago and New York sound? Are these places/styles that particularly resonate with you?

It’s funny, people have always associated my music with those places and the typical sounds from there, but it’s never been something I deliberately tried to do. Saying that, I own a lot of records from those three places, so I guess it is inevitable that it permeates through my own music. Really though, this album is ‘Liverpool house’ – it’s a product of the many years I spent in places like the Dragon Bar or Magnet making friends and listening to this sort of music. It’s a melting pot of these sounds and the music from these places.

What was your process when writing the tracks? Did you have collaborators, mentors or friends to bounce ideas off along the way?

I like working alone really. I get into a flow, a rhythm of working and that’s it. Some days you can spend days on something, and it never really fits together. Other times, a whole track can come together in a few hours and it all just fits – that happened with quite a few of these. This LP is also mainly based on samples – I had been through a period of using no samples at all and I got a bit fed up, so this was almost a backlash from that. I put most of my synths in the loft and forced myself to go back to basics, which is how I initially started producing in the first place.

We see you’ve created your own artwork! What are the thoughts behind the artwork/how does the artwork tie in?

I guess the thoughts behind the music and artwork are all the same as they’ve come out of my head! I’ve always been interested in painting and, when I was younger, I used to paste weird characters up around where I lived. The idea was that these characters all represented the weirder sides of us, and I always found that when you went to a good music venue/club, these were places where you would find that. You would see that. That all stopped for several years and one day I just wanted to start doing something again. So, this cover is just a bunch of those characters – the slightly weird ones that make things great! 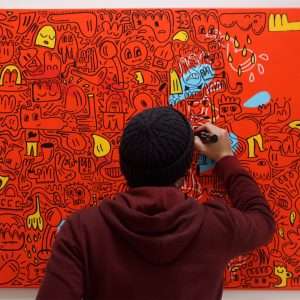 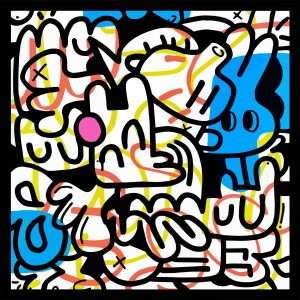 Does being a painter inform your musical practice at all, and vice versa?

It’s funny, I don’t really draw a distinction between my painting or my music – they’re both just different ways of expressing myself. One day I’ll just get up and be like ‘yeah, I’m going to paint something really red’, or equally, I might think ‘I’m going to make a banging acid track’. Both of those things are just ways of expressing a feeling you have in a moment of time and they offer a way of capturing that feeling for others to see and interpret. So, the short answer is ‘yes, sort of’!

How would you say your sound has evolved since when you started out 13 years ago?

I have no idea. I try to avoid thinking about that too much. The only thing I would say for certain is that I’m technically a better producer now and also that I’m better at telling when one of my tracks shouldn’t be released.

How do you ensure you maintain integrity and authenticity through your releases during such a long and prolific music career?

Again, those aren’t things I really think about to be honest. I don’t get in the studio and think ‘how can I be more authentic?’, but maybe that’s how you maintain authenticity? Be authentic to yourself and make what you want to make, rather than try to make music based on what is popular. Making music really is a selfish process in many ways for me – it’s not about trying to make stuff for other people. I make it for myself and then whether or not people like it is just luck. I’ve made so much stuff which I’m really happy with and then maybe one other person likes it, but that doesn’t really matter!

Sputnik One – ‘Warm Body’ EP. A slightly weird broken beat type thing that is hard to explain. It’s great though… Why did I buy it? No idea – I like slightly strange records that I will probably never be able to play in a club. Maybe one day!

I don’t really know. Having a beer with actual real other people soon? I also have a few more releases lined up this year on the Quintessentials and Moment Cinetique labels. I’ll be painting more and making more music, plus I am continuing to do the artwork for the 18437 Record Label which is a lot of fun.

‘Not At Home’ is out now on Still Music, limited to 500 copies on vinyl. Buy and stream here.